On rare occasions, Claude Migeon, a native of Lievin, France, and director of pediatric endocrinology from 1961 to 1994, could be persuaded to talk about his harrowing experiences as a student member of the French Resistance during World War II.

But he much preferred to reflect upon the indelible influence on him of his mentor, Lawson Wilkins 1918, recognized as the “father of pediatric endocrinology.” Migeon found his calling as a 1950–52 Fulbright Scholar under Wilkins, who in 1935 had established the world’s first pediatric endocrine clinic at Johns Hopkins.

Migeon, whose subsequent focus on steroid metabolism established the norms of adrenal function in infancy and childhood, died on March 4, 2018. He was 94.

Like Wilkins, Migeon attained renown for landmark accomplishments. Much of today’s knowledge of the quantitative aspects of steroid secretion and metabolism in childhood is the result of the meticulous studies conducted by Migeon and his students. They performed seminal research in disorders of sexual development, with key contributions related to congenital adrenal hyperplasia and androgen insensitivity. Migeon also was enormously influential as a teacher and mentor.

“Claude Migeon’s contributions to the subspecialty of pediatric endocrinology are best illustrated by the remarkable number of fellows he trained who populated leadership positions in endocrinology internationally,” says George Dover, former director of the Department of Pediatrics. “He also was a remarkable clinician whose patients included multiple generations of the same family.”

In 1961, Migeon eloped with a former Harriet Lane pediatric resident, Barbara Ruben. Today, Barbara Migeon is a prominent, longtime Johns Hopkins professor of pediatrics and an active teacher and researcher, known worldwide for her work in genetics. 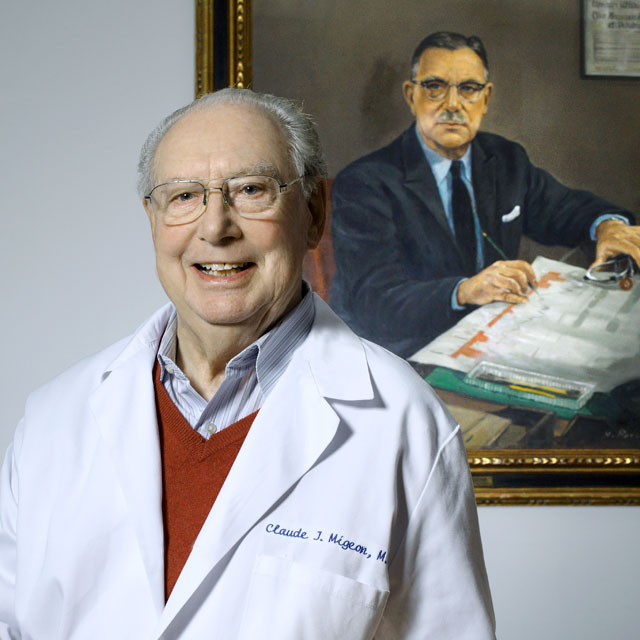