Bush “brought the bench to the bedside.”

A dynamic teacher and mentor whose smile could light up a room, David E. Bush earned international acclaim as an expert in cardiac CT and angiography.

Bush, who dedicated his career to improving the diagnosis and management of atherosclerotic vascular disease, embodied the Osler Service’s motto, “aequanimitas,” according to longtime friends and colleagues. He was unflappable—whether treating a hypotensive patient with chest pain in the cardiac care unit, or dealing with challenges in the clinical research realm or administrative quagmires.

An associate professor of medicine and head of the cardiac CT program at Johns Hopkins Bayview Medical Center, Bush died on Sept. 3, 2015, of cancer. He was 63. He previously headed the cardiac catheterization laboratory at The Johns Hopkins Hospital and had continued treating patients until three weeks before his death.

Along with Edward Shapiro ’76, director of noninvasive cardiac imaging at Johns Hopkins Bayview, Bush developed a multidimensional CT research and educational program that quickly achieved worldwide recognition and praise. Cardiologists, radiologists and physicians from around the globe take the intensive, five-day course every year.

“He had the unique ability to balance research with clinical relevance,” said Nisha Chandra-Strobos (HS, medicine/cardiology, 1978–80), chief of the Division of Cardiology at Johns Hopkins Bayview. “David really brought the bench to the bedside,” she told The Baltimore Sun. 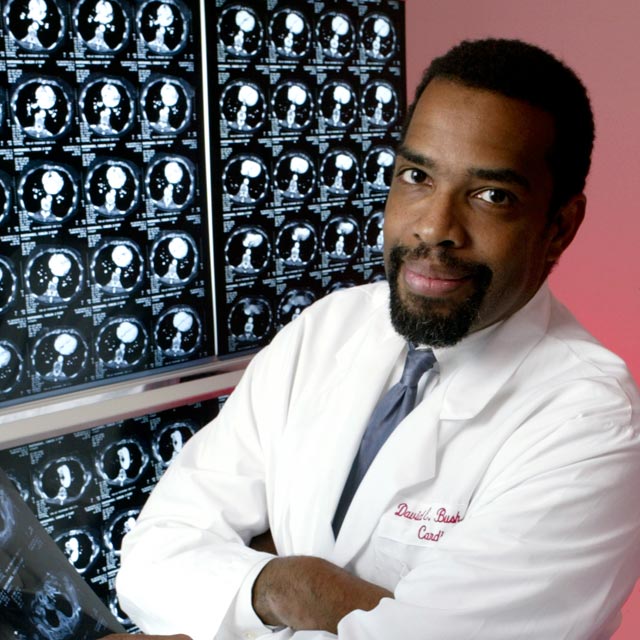