Now five years into his tenure as president of the University of Michigan, Mark Schlissel ’86, M.D., Ph.D. (HS, internal medicine 1987–99) has launched initiatives in such areas as academic innovation, biosciences, precision health, diversity, equity and inclusion, and poverty solutions.

He says he is proudest of the “Go Blue Guarantee” financial aid program begun in 2017. It provides up to four years of free undergraduate tuition to in-state students from Michigan families making $65,000 or less annually. The initiative has been immensely effective, says Schlissel.

“Some 26 percent of our in-state undergrads pay no tuition — and 1,700 of them, approximately, were given this free tuition through the Go Blue Guarantee,” he says. “What’s unusual is that this is an effort being done by a public university at a very large scale, in a state that really has cut back its support for higher education.

“Other states are copying us,” he says, noting that sports rival Ohio State University launched a similar program a year after Michigan did. “So, it’s an idea that I think is really going to catch on.”

Schlissel’s path to Michigan began at Johns Hopkins, where he completed his medical training and earned kudos as a as a teacher and researcher. He left for University of California, Berkeley in 1999 (ultimately advancing to vice chair of the Department of Molecular and Cell Biology) and in 2011 was tapped by Brown University to become its provost. His move to lead Michigan, a 202-year-old university with 61,000 undergraduate and graduate students, came in 2014.

Schlissel retains close ties to Johns Hopkins. He says university president Ronald Daniels has become “a great friend and colleague” whom he considers “a mentor.” He also calls medical school Dean/CEO Paul Rothman “a friend and colleague,” and he notes that when he needed to appoint a leader of the University of Michigan’s health system in 2015, he chose Marschall Runge ’84, “a medicine resident a couple of years ahead of me.” Runge had gone on to become executive dean for the University of North Carolina medical school and chair of its medicine department — but the Osler Service’s tie proved a strong bond. Last April, Schlissel was named to the Johns Hopkins University Society of Scholars. 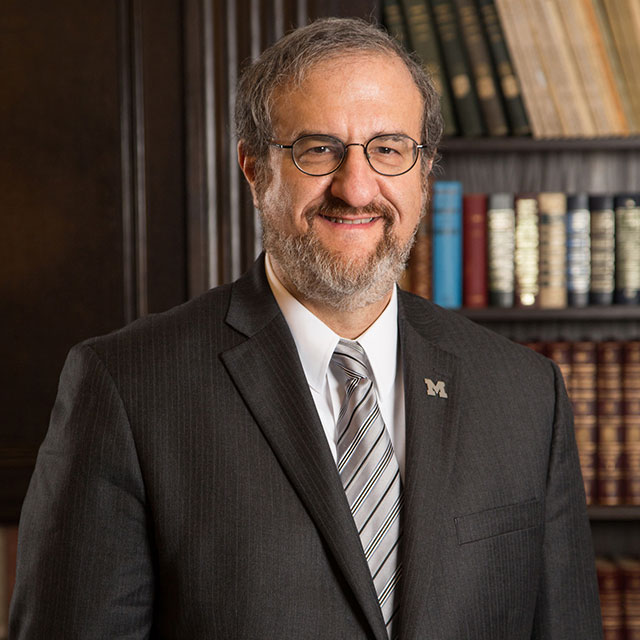