Pharmacologist Paul Talalay, whose 1992 report on the cancer prevention properties of a chemical abundant in broccoli sprouts launched massive research in the field he dubbed “chemoprotection,” died on March 10, 2019, of congestive heart failure. He was 95.

As director of what now is the Lewis B. and Dorothy Cullman Cancer Chemoprotection Center at Johns Hopkins, Talalay published a study describing how sulforaphane glucosinolate, a compound found in broccoli and other cruciferous vegetables, has remarkable power to boost the body’s natural ability to ward off cancer cells.

Although much of the scientific community initially was dubious about Talalay’s findings, his report promptly made the front page of The New York Times, was hailed by Popular Mechanics magazine as one of the top 100 scientific discoveries of the 20th century and sparked a continuing, multibillion-dollar boom in the dietary supplements business.

Talalay doubted the efficacy of many such supplements — and considered daily vitamin pills a waste of money. He was not skeptical, however, about the importance of the chemoprotection research field of which he was the acknowledged father. He believed continued study would provide “the evidence of how to prolong life through diet.”

His only great fear, he joked, was “that on my tombstone, they’ll say, ‘He made broccoli famous.’”

Of course, Talalay did more than that. Heading Johns Hopkins’ Department of Pharmacology and Experimental Therapeutics from 1963 to 1993, he founded its pharmacology Ph.D. program and fostered creation of the school of medicine’s overall M.D.-Ph.D. program. He also recruited and mentored such future Johns Hopkins biomedical legends as Solomon Snyder (HS, psychiatry; faculty, neuroscience 1965–present), discoverer of the brain’s opiate receptors and founder of what now is the Solomon H. Snyder Department of Neuroscience, and Donald Coffey ’64 (1932–2017), longtime research director at the James Buchanan Brady Urological Institute.

Born in Germany in 1923 to Russian Jewish immigrants, Talalay and his family fled when Hitler came to power in 1933, eventually settling in England. In 1940, when he was 17, his family came to the United States. He studied biology at MIT, graduating in 1944, then worked in the University of Chicago laboratory of prostate cancer specialist Charles Huggins (1901–97), who would win the 1966 Nobel Prize in Physiology or Medicine. He became head of pharmacology at Johns Hopkins in 1963. 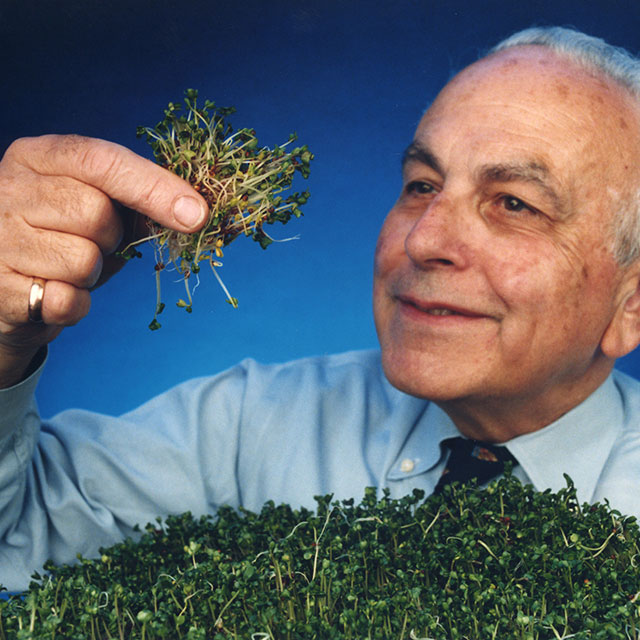