At the National Archives in Washington, D.C., a large sculpture of a robe-clad woman sits upon a pedestal on which is engraved “What is past is prologue.”

That’s from Shakespeare’s The Tempest, but it also could be the motto of the Women in Medicine Legacy Foundation, which Julia Haller, a Johns Hopkins-trained ophthalmological surgeon, has led as president since 2017. The foundation’s goal is to promote the history of women in medicine and the medical sciences. It provides fellowships that support female medical students and underwrites research that chronicles the important role women in medicine have had.

“We believe that our connection to the experiences of those who came before helps to define the present and future of medicine,” says Haller (HS; fellow; faculty, surgery, ophthalmology, 1980–2007). A Harvard medical school graduate, Haller became the first female chief resident at Johns Hopkins’ Wilmer Eye Institute in 1986 and joined the faculty in 1987.

Recognized as one of the nation’s top retinal surgeons, Haller has been ophthalmologist-in-chief of the Wills Eye Hospital in Philadelphia since 2007. She also is chair of the Department of Ophthalmology at the Sidney Kimmel Medical College of Thomas Jefferson University and other Jefferson University-affiliated hospitals — the first woman to hold such positions. In addition, she was director of the Wills Vision Research Center at Jefferson. She and her husband, John Gottsch, a professor of ophthalmology at Johns Hopkins, have five children.

Female medical legacy is in Haller’s blood — literally. Her mother, Emily Haller (HS; fellow; faculty, gynecology and obstetrics, 1951–1997), was a pioneering woman in her field at Johns Hopkins. The legacy also extends to Haller’s paternal side: Her father, Alex Haller ’51 (1927–2018), was children’s surgeon-in-charge of The Johns Hopkins Hospital from 1964 to 1997.

Haller says what she learned about medicine from her parents and such key mentors as Arnall Patz (1920–2010), head of Wilmer when she first was on its staff, and Morton Goldberg, who succeeded Patz, was “to never accept less than the very best and be passionate about excellence.”

As a woman in medicine, her core philosophy is: “Do my best every day — and then leave it all on the field.” Haller’s own excellence earned her election to the Johns Hopkins Society of Scholars last April. 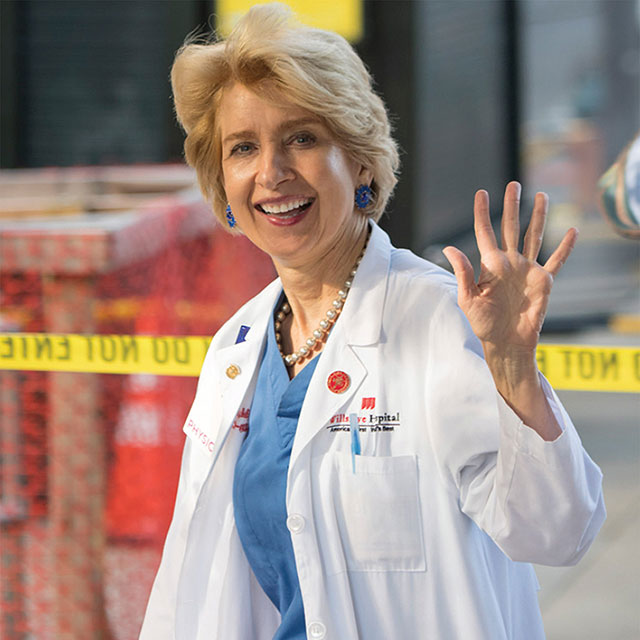