As a protege of Henry Brem, director of the Department of Neurosurgery and one of the world’s leading brain tumor specialists, Allen Sills ’90 thought brain tumors would be the focus of his academic career. “[But] you can’t ever anticipate the turn that your life may take,” he says.

When Sills joined the faculty of the University of Tennessee in 1997, one of his first patients was a college football player with a brain tumor. Sills became increasingly involved with athletes who had brain and spinal issues. While maintaining his general neurosurgery practice, he became a neurosurgeon with a sports medicine focus.

In 2009, Sills moved to Vanderbilt, where he joined his friend and fellow Johns Hopkins-trained neurosurgeon, department head Reid Thompson ’89, and continued his involvement in neurosurgery-based sports medicine. Vanderbilt became actively involved in the care for tens of thousands of athletes, says Sills—from youth sports leagues up to professional teams in the region. A year later, with concussion becoming increasingly recognized as an important athletic injury that requires multidisciplinary care, Sills founded the Vanderbilt Sports Concussion Center.

His work in the field caught the attention of National Football League officials, who by 2016 had agreed in congressional testimony that football-associated head trauma was linked to chronic traumatic encephalopathy (CTE). The NFL decided it needed a top physician to work full time on coordinating the activities of all 32 teams’ independent medical staffs and trainers, plus oversee research being conducted by external medical consultants and equipment manufacturers.

So NFL Commissioner Roger Goodell picked Sills for the newly created job of chief medical officer, based in New York, in March 2017. So far, Sills has logged about 350,000 miles visiting teams and attending conferences nationwide. (He also maintains his practice at Vanderbilt, operating about twice a month.) And he’s tapped Nicholas Theodore, head of Johns Hopkins’ Neurological Spine Center, to chair the NFL’s pivotal head, neck and spine committee.

“What excites me about my role with the NFL is the opportunity to use its resources to search for answers to these important questions and also advocate on behalf of the health and safety of athletes at all levels and in all sports,” Sills says. 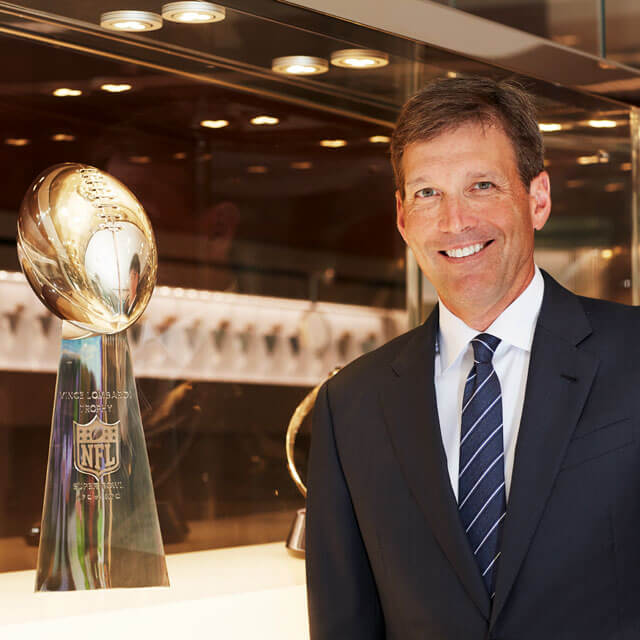