Ahuja is the first woman to head Yale’s surgery department.

After a quarter-century as one of Johns Hopkins’ top cancer surgeons and scientists, Nita Ahuja (HS; fellow; faculty, surgery, oncology, urology, 1993–2018) has taken what she calls her “Hopkins-ness” to Yale: Last February, she became the first woman chair of its Department of Surgery and chief of surgery at Yale New Haven Hospital.

Ahuja’s internationally acclaimed research achievements are in the rapidly expanding field of epigenetics. Her breakthroughs include discovery of the biomarkers for early detection of colorectal and pancreas cancer, and the pioneering identification of the epigenetic concept of CpG island methylator phenotype, when the expression of a large number of genes is simultaneously “silenced,” resulting in cancer tumors.

Born in New Delhi, India, Ahuja emigrated to the United States as a child with her accountant father and her mother, a college history teacher, in the 1960s. As a high school student, she worked as a lab assistant at the National Institutes of Health, discovered that she really liked research and then went on to get her medical degree at Duke.

At Yale, she’s been tasked by the medical school dean with bolstering research efforts and the role of the clinician/scientist within the department, and with increasing collaboration across the board at Yale.

At Johns Hopkins, Ahuja says, “all of us who were successful did it by working in teams. So that’s what we’re trying to do for the surgery department here.” 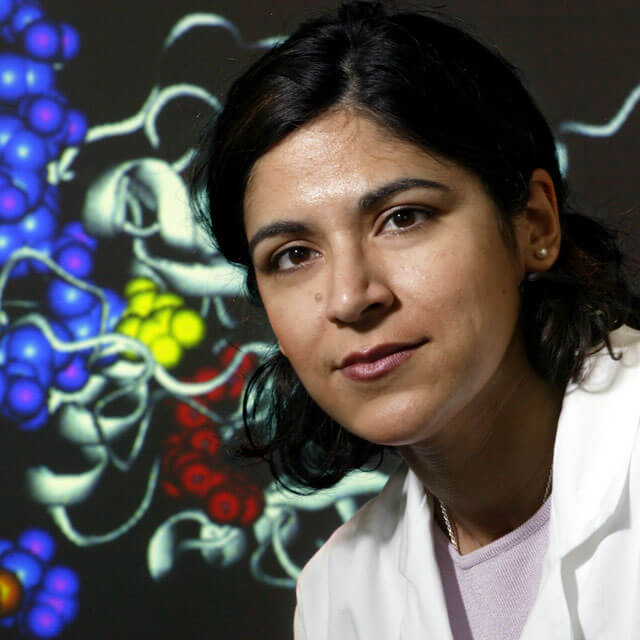