John Littlefield also distinguished himself as head of pediatrics here.

When John W. Littlefield arrived at Johns Hopkins from Harvard in 1974 to head the pediatrics department and serve as pediatrician-in-chief of The Johns Hopkins Hospital, he found the faculty wistfully lamenting the imminent demolition of the legendary but dilapidated Harriet Lane Home for Children—“the Lane”—where many of them had trained.

“The staff and even the trustees wanted some sort of commemoration—at least a wake,” he recalled. So he quickly arranged for a farewell gathering by asking famed pediatric cardiologist Helen Taussig ’27 to organize a 45-minute program. More than 100 pediatricians, house officers, staff members and trustees assembled in the crumbling structure’s unheated amphitheater to hear the recollections of Taussig and other renowned pediatricians.

Pioneering medical geneticist Barton Childs ’42 later praised Littlefield’s insight. “Not all new department chairmen would have the sensitivity to think about the feelings of people who had been in such a place, and I’m not sure that all new department heads would have had the self-assurance to be willing to sit around and listen to stories of the feats of the giants who preceded him,” said Childs, who died in 2010.

“It was the right way to go,” Littlefield recalled in 2012. “A good opening gun for a new era.” A highly regarded geneticist and cell biologist who was instrumental in developing the prenatal diagnosis technique known as amniocentesis, Littlefield headed pediatrics until 1985. He died on April 20 of complications from dementia. He was 91.

During his 11 years as head of pediatrics, Littlefield developed new departmental divisions, such as pediatric pulmonology, gastroenterology, nephrology and oncology. He also built a neonatal ICU.

His other research breakthroughs included discovering the role of ribosomes, special parts of a cell that act as a micromachine for synthesizing the proteins upon which cell functions depend, and originating a method to isolate hybrid cells manufactured in the laboratory.

Wishing to spend more time in the laboratory, Littlefield moved to the Department of Physiology in 1985, becoming its head. He retired in 1992.

Littlefield remained a devotee of Johns Hopkins pediatric history. He joined the late pediatrician Henry Seidel ’46, former dean of students, and child psychiatrist Lawrence Wissow (HS, pediatrics, 1979–82) to write, The Harriet Lane Home: A Model and a Gem, published in 2007. 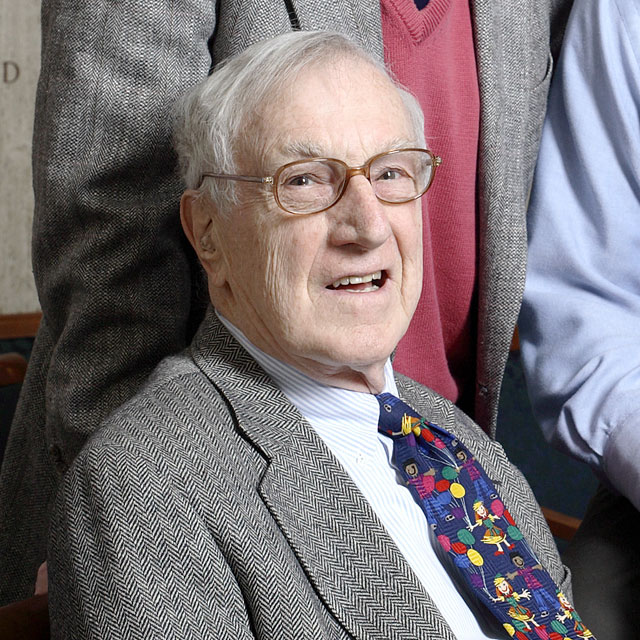