When Daniel Goldstein ’81 was in London last spring, he visited the Royal Pharmaceutical Society and got one of the biggest—and most flattering—surprises of his life.

He wanted to donate a copy of his new 335-page history of apothecary bottles, labels, terminology, medicinal ingredients and more: The Historical Apothecary Compendium: A Guide to Terms and Symbols. He was astonished to find that the society already had a copy of the beautifully illustrated, comprehensive and meticulously organized book—and was making good use of its goldmine of hitherto obscure, hard-to-find information. “They had a large bottle collection, which had not previously been displayed or cataloged, and they were using the book extensively in documenting the collection,” says Goldstein, a pediatrician, medical toxicologist and clinical pharmacologist. “That probably has been the most gratifying response to it that I’ve had.”

Goldstein, 61, developed his fascination for old medicine bottles as a child, when his father, an attorney, bought four beautiful, wide-mouthed medicine jars for his mother, an art historian and editor who loved antiques. “At first,” he recalls, “I thought they were just mysterious—what was in the bottle, what was it used for, how was it made, what did it look like, why was it inscribed in a strange language and did anyone know what it meant?”

As his academic interests evolved from chemistry to biology to medicine—and his collection of pharmaceutical containers grew—“the convergence of hobby and profession was probably inevitable,” says Goldstein, who spent a decade writing his book.

Goldstein left private pediatric practice and consulting work 17 years ago to join Monsanto, the St. Louis-based multinational agrochemical and agricultural biotechnology corporation. He believes he may be “the only pediatrician anywhere in the chemical and pesticide industry and any of the agrochemical companies.” Because of pesticide residue concerns, he’s “ended up more broadly involved in pediatric issues” than he ever was when he was in practice, he says. 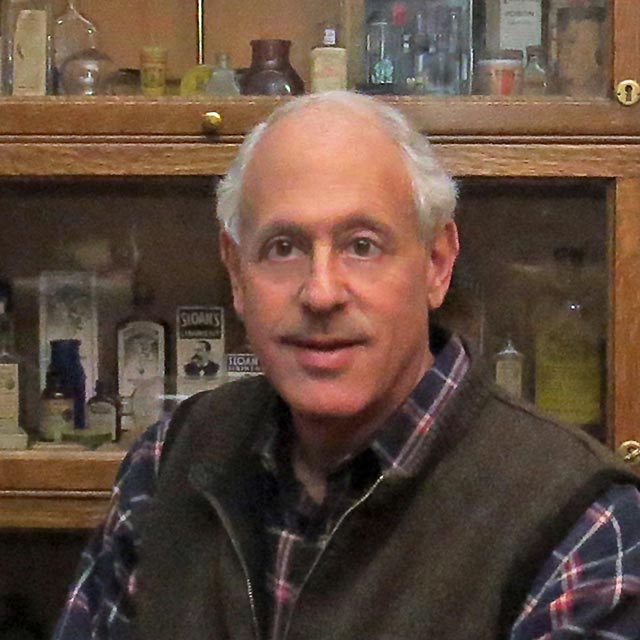