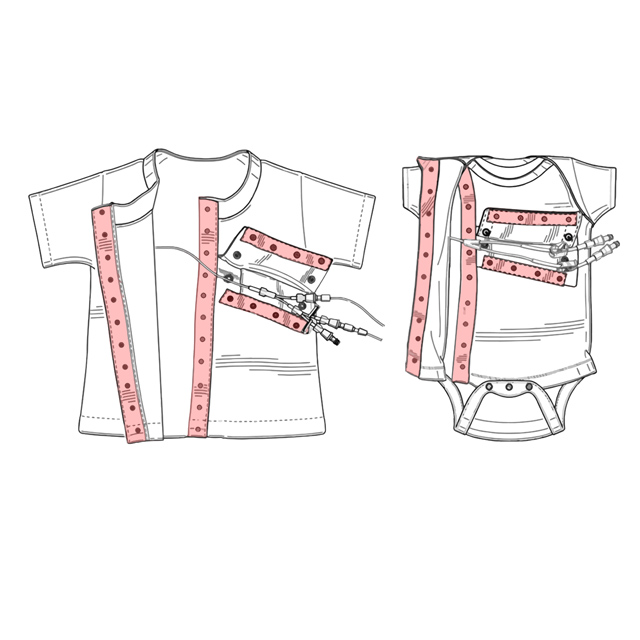 Many cancer patients and their families are happy to never look back once they’re safely on the other side of treatment, in remission or cured. But for David Austin and his wife, Emily, whose 6-year-old son now has a clean bill of health, winning the cancer battle was just the first step on another journey to help other cancer patients, particularly those whose treatment involves central lines — catheters placed directly into a vein in the chest to administer chemotherapy or take blood for frequent tests.

In September 2009, their son, Ian, got a fever — and then another, and another — without any apparent reason. Nearly a month later, just days before he turned 1, he received a devastating diagnosis of non-Hodgkin’s lymphoma.

“Cancer masses extended from his lower groin all the way to behind his heart,” remembers David. “To say we were beside ourselves is an understatement.”

While Ian awaited treatment through the Johns Hopkins Kimmel Cancer Center, his care providers fit him with a Hickman central line. After they got home, David and Emily realized the dangers inherent with having such a device on a toddler. Ian had just started walking, with plenty of tumbles, and his parents feared with every step that he’d accidentally rip out the line. Having a child still in diapers also risked contamination of the catheter — which could be disastrous, since the device functions as a direct extension of the body’s circulatory system outside the body.

The couple learned that the usual protocol for securing the central line was taping the line to the chest or attaching it to clothes with a safety pin. Both have drawbacks, David says. Repeated application of medical tape could breach the skin and lead to infections in patients with compromised immunity, like Ian. And having a safety pin near the line risked puncture, requiring additional surgery to replace the device.

David and Emily knew that there had to be a better way. An amateur seamstress, Emily purchased several infant bodysuits. Eventually, on her sewing machine, she developed a garment with a special pocket that secures the central line using snaps and completely opens to the outside, providing direct access for caregivers and safe removal for the wearer while attached to medication.

The couple knew that they were on to something when doctors, nurses and even other patients’ families asked where they’d purchased the garment and if they could buy one too. Once Ian ended his treatment in 2011, David and Emily spent the next three years pursuing a patent, improving the design, incorporating antimicrobial technology and finding a manufacturer. They’ll make their first delivery of these garments, which they’ve branded Comfort Line, to the Johns Hopkins Children’s Center soon for patients to use. The Austins are committed to donating a portion of all sales to Johns Hopkins and children’s cancer foundations, including Make-A-Wish and Believe in Tomorrow.

“We’ve come through the storm,” says David, “and can now apply our experience to helping other families cope with the same challenges we overcame through the course of Ian’s treatment.”

Giving Back | From Adversity to Altruism

Emily and David Austin, like many families, struggled with their young son, Ian's, central line. In response, they developed specialized clothing to solve the issue, and are on a mission to make them available to any child that needs it. The first batch was donated to the Kimmel Cancer Center's Pediatric Oncology Division located in Charlotte R. Bloomberg Children's Center at Johns Hopkins as a token of gratitude for Ian's care.