Tuning In to Tranquility 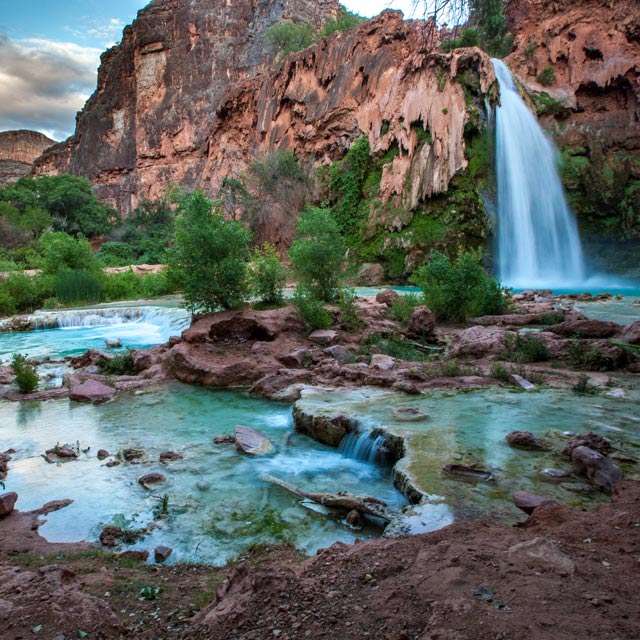 Through a bank of evergreens, snowy mountains stand watch over a lake. Moments later, Pacific waters lap at a crystal-white beach. In the background, piano and guitar music provide a gentle soundtrack.

You’re not hiking in Glacier National Park or along the Oregon coast; you’re actually in a patient room at The Johns Hopkins Hospital, where the television is tuned to the C.A.R.E. Channel—an acronym for continuous ambient relaxation environment.

Only available in hospitals, the channel was created from the belief that images of nature promote healing. It offers a 24-hour schedule of programming that features original music and nature scenes from national parks across North America.

The channel takes viewers through meadows, over mountains, past waterfalls. Scenes are programmed to coincide with viewers’ real time, helping semiconscious patients distinguish night from day. For instance, the channel broadcasts a black, star-filled night sky and a soundtrack of harp and guitar music from 10 p.m. until dawn.

“When patients don’t know where they are, the C.A.R.E. Channel can help with a sense of a calm and peacefulness,” says Lauryn Saxe, a nurse on the medical intensive care unit.

The soundtrack is entirely instrumental because voices and songs can evoke powerful memories and feelings, explains Susan Mazer, CEO of Healing Healthcare Systems, the Reno, Nevada, company that produces the channel. A song that’s soothing to one person might trigger bad memories in another. Either effect will distract from what she calls “the therapeutic environment.”

The same applies to any visual references to people. While the channel presents a variety of wild animals and birds, it avoids any suggestion of humans. There are no cabins in the mountains, no picnic baskets on the beach.

“A sailboat on a lake is a distraction,” says Ford Corl, who heads the film crew that spends as much as 10 days on location shooting scenes for the channel. “Suddenly the patient is thinking about what it’s like to ride on it. The more we can get patients to focus just on the beauty of nature and music, the less likely they are to think about stressful situations.”