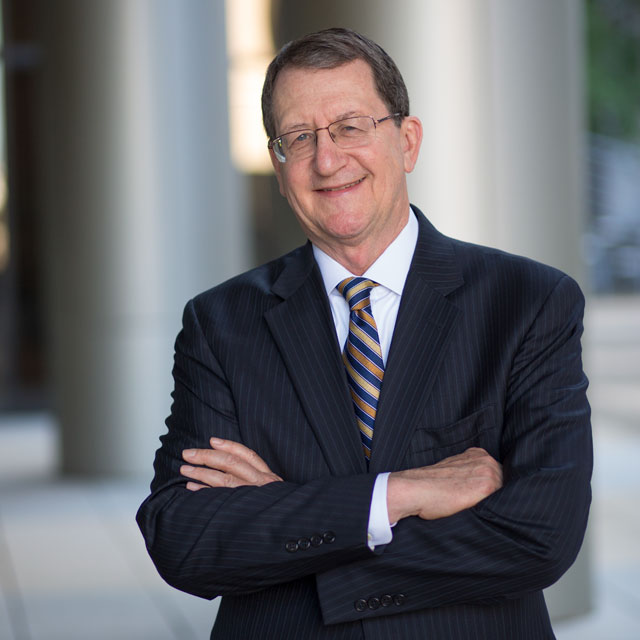 “In the life of an institution, there are leaders who leave such a deep and distinctive imprint that their influence spans well beyond the bounds of their career. Beyond any question, Ron has been instrumental to the success of this organization, and I have a profound appreciation of all of his contributions,” said Paul B. Rothman, dean of the medical faculty and CEO of Johns Hopkins Medicine, in announcing Peterson’s retirement to employees.

Over the years, he became known as a “fiscal surgeon” for his ability to manage financially challenged organizations, including the former Baltimore City Hospitals. He led a dramatic revival, updating the physical campus and transforming a $7 million loss per year into a healthy bottom line. The hospital, now known as Johns Hopkins Bayview Medical Center, was acquired by Johns Hopkins in 1984 and Peterson was named president.

In 1995, he was chosen to be executive vice president and chief operating officer of the health system. A year later, he was officially named president of The Johns Hopkins Hospital and Health System.

Under his leadership as president of The Johns Hopkins Hospital, a role he held until July 2016, he oversaw the opening of a new comprehensive cancer center and undertook one of the most expansive private building campaigns in Maryland history, culminating in two new state-of-the-art hospital towers for adult and pediatric patients.

Throughout his career, Peterson has advanced programs that bolster research and patient care. He’s also forged community partnerships, expanding participation of local and minority-owned businesses in construction, employment opportunities and mentoring, most recently through the launch of HopkinsLocal.

As president emeritus of the Johns Hopkins Health System, Peterson will serve for at least one year as special adviser to Rothman.
Â