Archives - The Stories Behind Mass Murders

The Stories Behind Mass Murders 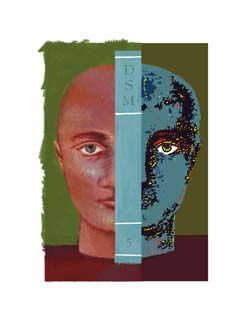 Even as statisticians insist that violent crime in this country is decreasing, incidents of murder, suicide by cop, and mass murder are occurring with increasing frequency in homes, elementary schools and high schools, colleges and universities, places of work, shopping malls, and movie theaters.

Repeatedly, we hear that these acts are “incomprehensible,” as if something so horrible could not come from humankind. On the contrary, this behavior is human, all too human. To understand how such things can happen, we must probe the outer reaches of what people feel, think, and do—and then distinguish between the murderers who act within the boundaries of what we call reality and those who have entered the alternative world we know as psychosis.

Most murders and mass murders are not only rational but meticulously planned. These acts have meanings that emerge from the life story of the perpetrator, in whose eyes a certain goal can’t be accomplished in any other way.

But not all murderers and mass murderers act rationally. People who have retreated from the terror of their lives into a psychotic world, or been forced there by some brain dysfunction, may become paranoid and delusional. Attempting to alter a psychotically construed situation in which they feel they are victims, or to defend against that situation, they may strike out with violent acts that are unfathomable to us but make sense to them.

During the 10 years I did psychiatric evaluations in the emergency room, I was asked many times by the ER staff to see patients who were suspected of being dangerous to themselves or others. The ultimate call to be made in these situations is not whether a patient is psychotic or not—important as that distinction is—but whether the person is likely to act on feelings and thoughts that hold the potential for violence.

Early in my ER career I evaluated a young woman who had been brought in by ambulance after a neighbor observed her behaving strangely and called 911. I remember vividly the lesson I learned from this patient: Do not discharge someone who appears potentially dangerous to themselves or others unless you are satisfied that you have their story—the sum of the elements that constitute the current state of their mental life—and feel a degree of certitude that a suspected potential for destructive action will not devolve into that action.

The woman reeked of gasoline, which she had poured on herself, and appeared poised to strike a match when the neighbor intervened. The discomforting fact is I didn’t have the woman’s story—or a good feel for why she had put herself in this danger, though it was clear that she was not psychotic. Nor was I aware of what I did not know about her!

I discharged the patient, but she came back to the ER the next day, again by ambulance, after again dousing herself with gasoline. Even during the second interview, she did not tell me what had driven her to act as she had. I have come to recognize this kind of silence as a cardinal indication that a person may be in the deepest trouble and at high risk for harming themselves or others. She readily agreed to a voluntary admission to our psychiatric unit. In retrospect, it seems that her ultimate intention—the meaning of her actions—was to get the help she eventually received.

Though there is no reason to believe this woman ever intended to harm anyone besides herself, the lesson I learned from her may help other clinicians prevent seemingly at-risk patients from becoming murderers, and spare their potential victims from certain death.

Mass murder often comes out of the killer’s need to show the world that he (almost all mass killers are males) is not one of life’s losers, in spite of being bullied, or betrayed, but the person who is striking back and getting even, ensuring that his name and despicable act will live forever. As clinicians, our goal is to get the potential mass murderer’s story, and detain him, before he has the chance to act that story out.

Unfortunately, the imperative of getting a patient’s story right is not supported by psychiatry’s current paradigm, based as it is on the DSM-5 and the meaningless symptom, where behavior is parsed into categorically designated illnesses of unknown psychodynamic and biological provenance. Most clinicians trained in this paradigm are not prepared to do the evaluation that is necessary to make the best call with potential murderers. For that, a clinician must think existentially, which is to say gain access to the thoughts and feelings that will guide a person’s choices and behavior.*

René J. Muller is the author of  Psych ER: Psychiatric Patients Come to the Emergency Room.

What’s your opinion on this “second opinion”? We want to know! Send your thoughts to sdepasq1@jhmi.edu .