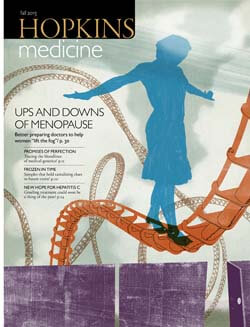 More on the MCAT

I completely agree with Diane Kuhn’s reservations about the forthcoming changes in the MCAT [Second Opinion, Fall]. Although well intentioned, these changes will, I think, be counterproductive for the next generation of physicians as they aspire to develop their own native interests and talents while preparing the basics for medical school.

I am a good case in point. I attended Yale College in the late 1950s and majored in history and philosophy. I did not decide to consider medicine until the end of my sophomore year, so I attended Harvard Summer School to take the full year of inorganic chemistry during their eight-week session. Having achieved an A, I returned to Yale, finished the basic science prerequisites while continuing my other studies, and was subsequently admitted to Harvard Medical School, graduating in 1964. I later earned a DrPH at Hopkins in 1970.

My career has been entirely devoted to academic medicine:  internal medicine, public health and preventive medicine, and information sciences applied to medicine. All of this would have been blocked for me if the forthcoming added requirements for MCAT were in place in 1960!

I congratulate you on a very thoughtful “Second Opinion” in the fall issue. I finished my residency at Johns Hopkins Hospital in 1965. Thus, I am a member of a much older generation. My application to medical school consisted of completing a form, sending my grades, and waiting for an interview. MCATs did not exist. My two sons are both Boarded full-time members of university faculties. Thus, I believe I have some sense of medicine and its practice in and out of medical schools.

With all the new requirements, where is the empathy that has always been part of medicine? The advance of third-party payers has made it impossible for an MD to practice on his or her own. Doctors today are employees who will only work an eight-hour shift. They are super-specialists. They are encouraged to bring in more money. I believe they choose the expensive course, the expensive tests, etc.

I could go on and on, but that does not answer [the] question about the MCATs.  My dilemma is not what is in the MCAT exam, but [whether it’s] a good screening tool. On sabbatical in Australia in 1979, I discovered that entry to medical school [there] was based entirely on scores given to all juniors in high school. This exam was not a medical aptitude exam. It was a general knowledge exam. I do not know if that is still how Australians choose medical students, but I assure you that the Australian doctor was as empathetic as the U.S. doctor.

While I was on the faculty at Michigan State University College of Human Medicine, students were admitted who had a degree in the arts or a field other than premed. They struggled the first two years, but they have become good, caring physicians. In summary, I believe that the entire admissions process for medical school needs to be examined, not just the MCAT.

Emeritus Vice President for Education, the American College of Obstetricians and Gynecologists

I read Ms. Kuhn's article with deep interest. I, too, was a product of the uniqueness of Hopkins Medicine's admission policy of looking for applicants who have done something different and pursued a nontraditional premed track prior to applying. I had obtained a PhD in pharmacology 10 years prior, and had pursued a successful career in pharmaceutical industry drug discovery research before applying to medical school.

The uniqueness of Hopkins Medicine in 1992 and the years prior was in its preference for nontraditional students and not requiring the MCATs. I was very disappointed when they started to require the MCAT standardized test a few years after I had started. While it is probably good that the new MCAT is adding humanities and social sciences subjects in its questions, I still believe that a world-class place like Hopkins ought to go back to its tradition of not requiring standardized tests in its admission policy.

Also, a little—but important—addendum to the obituary of Dr. Frederick Brancati [Fall, p. 45]. He was the one who popularized the word “pimping” (in a JAMA article in 1989), which is the method used by attendings in all the top U.S. medical schools to teach medical students and residents.

I got to know Dr. Brancati as my attending during my clinical medicine rotation in the Janeway Firm in 1994. Fred was the best teaching attending, the funniest, and the best “pimper.” I re-met him as “soccer dads” many years later when his daughter and mine were on the same soccer team for a couple of years. I thoroughly enjoyed his company and antics then. My family and I will truly miss him.

The Image of Menopause?

Thanks for the terrific article on menopause (“Lifting the Fog,” by Jim Duffy, Fall 2013). But I had to chuckle about the graphic on page 33. That’s supposed to represent a menopausal woman? Hah! With her long brown hair, 29-inch waist, and perky breasts, she looks more like my 18-year-old daughter.

With regard to the Editor’s Note in your fall issue [“Lost Opportunities”], let me remind you that the first artificial kidney in the world was [developed] in Holland during the Nazi occupation by Willem Johan Kolff, who definitely had no NIH funding. I can also give you examples of Nobel Prizes won in Buenos Aires, Argentina, by Bernardo Houssay and Luis Federico Leloir, who had miserable labs and had to fight the horrible dictatorship of Peron.

We, unfortunately, have come to equate money with resourcefulness and ingenuity and have never had to face tyrannical cruel governments. We Americans do like easier ways of lab work and research and, unfortunately, as Mark Twain used to say, “We are greedy people.”