Archives - From the Editor 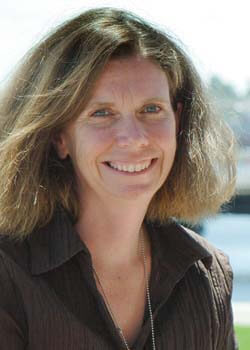 Ten years ago, even five, it was standard practice for internists to recommend regular physicals for healthy “asymptomatic” adults, and for ED physicians to order CT scans for patients who present with a minor head injury.

No more. With recent shifts in the health care landscape—aimed at making medicine safer, more cost-effective, and patient-centered—common practices like these are being called into question through the “Choosing Wisely” campaign. More than 50 specialty societies have joined the initiative (producing lists of “Five Things Physicians and Patients Should Question”), and 30-plus societies are expected to announce their new lists this year. At Johns Hopkins, the campaign has been embraced by residency programs (see “Put to the Test,” p. 32), ensuring that tomorrow’s doctors will be at the vanguard of the national movement which, some predict, could reduce unnecessary health care spending by 30 percent.

Interestingly, in its effort to publicize “Choosing Wisely,” the American Board of Internal Medicine emphasizes that the lists should serve as conversation starters, prompting “honest and open communication” between doctors and their patients.

We are deluged today by advertisements and promotions touting this new drug and that new procedure, a world where high-tech advances hold the promise for solving any illness and preventing any malady. Against this backdrop, physicians can understandably feel pressured into accommodating patients’ requests for tests or medications they know are unnecessary.

Ideally, then, the “Choosing Wisely” lists will equip our nation’s doctors with the trustworthy information they need to start a dialogue with patients—a dialogue exploring the idea that more care is not always better care, and in some cases can cause more harm than good.