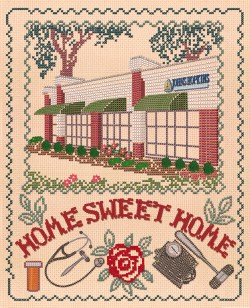 1 2
High-touch and patient-centered, the medical clinic of the future is informed by some pretty old-fashioned values.

Jack Curry has come to Water’s Edge, a medical clinic in Belcamp, Md., for an adjustment to his heart-medication dosage. A large man with a quick smile whose battle with chronic heart disease forces him to move slowly and with some effort, Curry relates in a gravelly voice how he’s had plenty of experience with clinics and hospitals in recent years.

The result, he says, is that he’s all too familiar with what he calls the “Who’s next?” environment that often characterizes the medical system. Most of us know the drill: Wait for days or weeks for an appointment, check in with a receptionist who has no idea who you are, fill out forms, wait around for a brief interaction with the doctor to get your exam and prescription—and then maybe repeat the drill two weeks later at a different clinic with a different doctor who may not have access to your medical records.

But Curry’s experience today at Water’s Edge, which is part of the Johns Hopkins Community Physicians (JHCP) system, has been different. When Curry arrived, a small team of medical providers—whom he’s come to know well—warmly greeted him. He didn’t have go through a long process of updating his chart because the team has been in touch with him all along by phone and email. They’ve also been working with him on lifestyle-related aspects of his health; today he received advice on healthy meals he can prepare at home as an alternative to his admittedly too-frequent McDonald’s visits. And when he needs a specialist, the clinic serves as a one-stop shop: Hopkins cardiologists, GI, and orthopedic specialists come to Water’s Edge to see patients on the spot.

“Coming in here and seeing people you know and who know you,” says Curry, “is a lot nicer feeling than the pins and needles I get when I’m at a doctor’s office getting the cold, clinical approach.”

Welcome to the medical clinic of the future.

The transformation at Water’s Edge had its origins three years ago, when Scott Feeser, a physician in the JHCP system, was approached with an unusual request: Would he be willing to head a JHCP project that sought to spearhead a radical remaking of medical care?

The person making the request was Steven Kravet, president of JHCP, the largest primary-care physician program in Maryland that serves patients at more than 30 locations throughout the state. A practicing physician himself, Kravet had become convinced that the future of health care might well lie with a nascent movement called “the patient-centered medical home.”

In spite of the name, the medical home would in fact be rooted in clinics that look, at least at first glance, much as they do today. But under the covers would be a set of far-reaching and ambitious goals. The medical home would be dedicated to delivering significantly better care and patient outcomes, and would do it in a friendlier, more accessible way—as well as potentially at much lower cost over the long term. “It’s a new way of thinking about how health care providers should interface with patients,” says Kravet.

The medical home entails many changes. But if there’s one core idea, it is to refocus the delivery of all medical care around a primary care team. To the extent that the medical home is a “home,” it’s that it serves as a home base for care, a base where most of what a patient needs for better health is available—and not always from a doctor. Though the primary care physician remains at the center of the process, the emphasis on “team” is paramount.

“The traditional physician-does-it-all model isn’t fully effective,” notes Kravet. “It makes more sense to take advantage of the different skill sets that different professionals have, to deliver the best care in the most efficient way.”

At Water’s Edge, for example, a team today typically consists of a physician, a physician’s assistant, a registered nurse, a medical assistant, and a medical office assistant. Not only can this sort of team provide a broader range of services, notes Pat Mack, the Water’s Edge practice administrator, but it can help free up the physician to have more impact.

“About 80 percent of what doctors do could be done by someone else,” says Mack. “Doctors should be able to spend their time examining and talking to patients.” For example,  medical assistant Peggy Belcher now meets with patients to discuss their medications and make sure they’re taking what Feeser has ordered, and to go over the consult notes from any specialists the patients have seen. When it comes time to collect a well-child history from young parents, pediatric nurse Denise Krebs steps in.

There are five teams now at Water’s Edge, and patients always see the same team. Each team is responsible for about 1,500 or so patients—a bit less than the average number of patients a primary care physician would see, though numbers can vary depending on whether a doctor has a higher percentage of older patients or patients with chronic diseases, who tend to need more attention.

Teams work closely together in their own physical space in the clinic, effectively establishing a mini-clinic that patients find familiar. And patients are welcome to walk in without an appointment—unheard of in most traditional medical practices.

“Patients bond with the team and the clinic. Just being more available to patients builds trust,” says Feeser.

The easy access to care isn’t limited to what happens within the clinic’s walls, thanks to the work of Jennifer Bailey, a registered nurse specializing in electronic medical records. Her task at the start: to provide an electronic means for monitoring and ordering services aimed at preventive care for healthy patients, or routine, ongoing services to patients with chronic diseases—both areas of focus for the medical home.

Bailey also guided development of an entirely new system to monitor patient health across the entire range of the clinic’s patients, so that trends and problems could be easily spotted. And she oversaw the building of an online portal: Now patients can get fast responses to questions, requests, and concerns via phone or email, and can go online to check their charts, which are immediately updated when test results come in.

“Seeing people is still important,” says Feeser, “but the goal is to do as much as possible remotely.” Not only is remote access faster and more convenient for patients, and far less costly, but Feeser notes that studies have shown patients who stay in closer touch with teams this way are less likely to be sick or end up in the emergency room.

Jack Curry, for one, says he appreciates being able to monitor his cholesterol readings online through the Water’s Edge Web portal. “I’m not a big computer user, but I’m going to be using this,” he says.

The changes at Water’s Edge go far beyond simply delivering traditional care in friendlier, more convenient ways. A bigger leap is that of shifting the health care system’s focus to preventing disease and complications from disease, rather than simply reacting to it.

By monitoring electronic records, for example, administrative staff coordinator Barbara Weinhold can spot overdue mammogram and colonoscopy referrals and send friendly-nudge letters to patients. “Two different patients here got mammograms after we kept after them, and the tests turned up early-stage breast cancer that would have been harder to cure if it hadn’t been caught so soon,” says Mack.

If a patient is falling behind on care and has difficulty coming into the clinic, registered nurse Melissa Huber might arrange to see the patient at home. Hospitalized patients may get a visit from either Huber or physician assistant Scott Monks, who makes sure patients visit the clinic within a few weeks of being released from the hospital. “There’s good evidence that if a patient isn’t seen soon after discharge, they’re much more likely to end up back in the hospital,” says Bailey.

The biggest payoff from the medical home approach, says Kravet, may come from helping patients adopt healthier lifestyles. Both during clinic visits and in outreach, medical team members counsel, educate, nudge, and encourage patients to stop smoking, eat well, be physically active, and wear seat belts, and to make sure their children are playing actively, using car seats and bicycle helmets, and getting vaccines and fluoride. Monks holds classes for diabetics and smokers, and the clinic is looking to bring in a dedicated “health coach.”

“We don’t want to wait until someone ends up with diabetes before we help them with nutrition,” says Kravet. “We want to shift to a model that focuses on how people manage their own health.”

Patients with chronic illness—such as heart disease and diabetes—get extra attention from “case managers,” who keep a special eye out for opportunities to help them, such as more frequent lifestyle coaching, longer meetings with physicians, or quick in-home visits. “Doing a better job in case management with the 2 percent of patients who are at highest risk makes an enormous difference,” says Bailey.

Part of the bigger picture, says Kravet, is ultimately to lure more medical students into primary care, and to counter the trend of primary-care physicians refusing to accept insurance or Medicare in favor of charging private patients higher rates. If the medical home can free up doctors’ time to focus on less-routine work and do more to make patients well, primary care would be more attractive, he believes.

“In the long term, we’ll be avoiding heart attacks, kidney failure, blindness, and all the serious, costly consequences of diseases that can be reduced by good proactive care,” Kravet says. “But in the short term, the savings are smaller, which means that at first the money isn’t necessarily freed up to pay doctors and others more for providing the better care.

“We can do a lot of innovative things now within Johns Hopkins Community Physicians, but payment reform has to evolve.”

Pilot projects like the CareFirst initiative are helping to bridge the gap, and creating excitement along the way. In fact, the state of Maryland recently launched an even more ambitious pilot that includes Water’s Edge and four other JHCP sites—Canton Crossing, Wyman Park Internal Medicine, Hagerstown, and Montgomery County. (All five patient-centered medical homes recently earned the highest possible level of recognition from the National Committee for Quality Assurance.)

When CareFirst went on to offer all the physician practices in its insurance network a chance to be part of a medical home pilot project, about half the practices signed up.

“Pilots are starting to spring up all around the country now,” notes Feeser. “There’s real momentum.” *