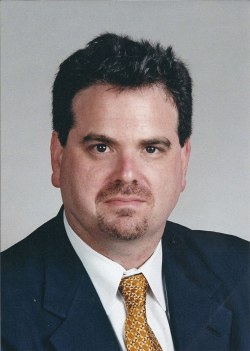 Fishkind: Psychiatric help is just a teleconference away.

Through telepsychiatry, Avrim Fishkind can aid many more patients in crisis.

When a man with bipolar disorder is standing on a crowded street with a gun in his hand, it’s unlikely that he’ll call on a psychiatrist to talk him out of pulling the trigger. In fact, if he was ever willing to ask for help, it would most likely have been days or weeks earlier, when his crisis was just beginning. If he lived in a small community with poor resources, chances are that psychiatric care was hard to come by.

“Over time we’ve started to realize that 99 percent of psychiatric emergencies weren’t being seen by emergency psychiatrists because they were occurring on the streets, in schools, hospitals, and jails, where there often are no psychiatrists available. It was clear that we needed more psychiatrists to handle these patients,” says Fishkind.

And yet the shortage of psychiatrists across the United States has been widely acknowledged. “The only solution I could think of was telepsychiatry,” he says. And so in 2007, JSA Health Telepsychiatry was born.

Through Fishkind’s company, psychiatrists can be available to facilities in need on a moment’s notice. For hospitals, schools, prisons, or any other institutions or settings that might be handling patients in psychiatric crisis, JSA Health psychiatrists are available via teleconferencing 24 hours a day, seven days a week.

The company is one of only three offering similar services across the country, and so far it’s proving successful, with a growing client list and an increasing list of satisfied users. “A psychiatrist sitting in Houston can help eight different hospitals across the state or farther, all in the course of a shift,” Fishkind says. “It’s the wave of the future in psychiatry.”  LG