Alice Lippson captures the beauties of the bays. 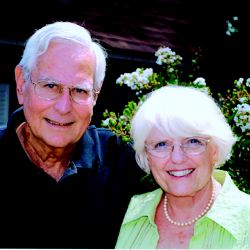 “I like worms,” says Alice Jane Lippson, a 1954 graduate of Hopkins’ Art as Applied to Medicine program.

She’s not talking about the parasitic type that get into people’s innards, or the tiny, simple ones that are so useful in medical research projects. She’s referring to the wide variety of marine worms that populate the Chesapeake Bay and the rivers, sounds, bays, lagoons, and inlets that wind their way along some 1,200 miles of the East Coast, from the Chesapeake to the Florida Keys. “I’ve always thought I would write a book called Worms Are Wonderful,” says Lippson, 79, with a chuckle. “They’re fascinating.”

Instead, what Lippson and her husband Robert, a fellow marine scientist, produced in 2009 is Life Along the Inner Coast, a 454-page naturalist’s guide to the more than 800 species of plants and animals found in the habitats of one of the most biologically diverse regions on the planet. It’s illustrated with 400 of Lippson’s elegant pen-and-ink drawings—all based on her meticulous observation of the flora and fauna that she and her husband, now 80, examined during excursions they undertook aboard their custom-designed, 42-foot trawler, Odyssey, between 1995 and 2000.

This book, published by the University of North Carolina Press, actually is Lippson’s fifth text. She previously edited Chesapeake Bay in Maryland: An Atlas of Natural Resources, Hopkins Press (1972). And she has illustrated Life in the Chesapeake Bay (1984), also written by her husband; Chesapeake Gold: Man and Oyster on the Bay, written by Susan Brait (1990); and Chesapeake Almanac: Following the Bay Through the Seasons, by John Page Williams (1993).

Prior to working on her books, Lippson spent decades as a scientific illustrator for the environmental research laboratory of Martin-Marietta Corporation in Catonsville, Md., and as a research scientist at the University of Maryland’s Chesapeake Biological Laboratory.

A student of Ranice Crosby, the renowned medical illustrator who herself was a protégé of Max Brödel, founder of the Department of Art as Applied to Medicine, Lippson says her mentor had no problem with the fact that she did not become a medical illustrator. “I think she always thought I had reached the right niche for me.”