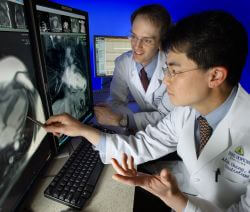 Zena Brown first noticed the bump on her tongue while stopped at a traffic light in June 2008. She adjusted the rearview mirror to see a modest gumball of a lesion on the side of her tongue. She felt no pain, and it struck Brown as a small nuisance. Still, the 40-something mother of two thought it worth checking out.

She was about to embark on a series of 18 medical visits before finding a reliable answer.

Brown’s dentist referred her to an oral surgeon, who proclaimed the mystery “out of my league.” He sent her to an oral surgeon. He ordered blood work, and was pleased to learn the bump was not cancerous. But what was it? Suspecting sarcoidosis—the inflammatory disease characterized by granular clumps of cells growing in key areas of the body—he ordered more targeted blood work. Results? Inconclusive.

Amid the deepening mystery, Brown’s health took a turn for the worse. Climbing stairs left her increasingly breathless. She spent more time in bed yet could sometimes feel her heart racing.

Finally, nearly 11 months after the appearance of the tongue lesion, Brown got her answer. In the cath lab at Hopkins Hospital in late May 2009, cardiologist Alan Cheng and colleagues found a large blood clot, advanced cardiomyopathy, serious ventricular tachycardia, and excess fluid around the heart. Brown’s ejection fraction hovered at 25 percent. Cheng’s workup went further with imaging studies that included both MR and PET scans.

Pulling all the data together, Cheng concluded that Brown indeed had the earlier suspected disorder of cardiac sarcoidosis. Cheng completely understood why a firm diagnosis had remained so elusive. Because of the granular nature of sarcoid’s damage, both biopsy and imaging tests could easily miss telltale signs. Indeed, far too many cardiac sarcoid cases are only confirmed by autopsy, after the patient has died from a nonspecific form of sudden cardiac death.

In Brown’s case, Hopkins specialists came together on a lifesaving fix. They implanted a biventricular pacemaker, which provided immediate relief. Today, Brown’s ejection fraction has roared back to a healthy 65 percent. “I feel so much better,” she says.

The broader form of sarcoidosis, says Cheng, afflicts some 135,000 Americans, the vast majority of them black. It typically targets the lungs, but autopsies have shown that nearly a third of patients also had it in their hearts. “It’s an underdiagnosed condition,” says Cheng, “because we never really had very good tools to diagnose it.” But now, he says, refined imaging techniques with MRI are proving nearly as accurate as autopsy confirmations.