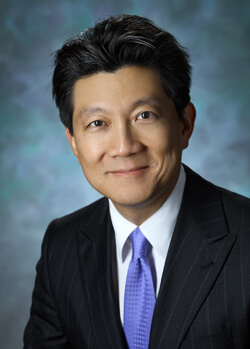 After two decades as a pioneering transplant surgeon in Boston and Pittsburgh, W.P. Andrew Lee ’83 is coming home to Hopkins. He was recently named director of the newly formed Department of Plastic and Reconstructive Surgery.

Lee, 53, began his medical career here, as a medical student, intern, and general surgery resident, before heading to Massachusetts General Hospital in 1991 on a plastic surgery fellowship. That was followed by an orthopedic hand fellowship at the Indiana Hand Center in 1993, the same year he joined the medical school faculty at Harvard (where he’d earned his undergraduate degree). Ultimately, he became director of Harvard’s plastic surgery research lab and chief of the hand service in the surgery department.

In 2002, Lee was recruited to head plastic surgery at the University of Pittsburgh. He built a division of more than 20 faculty members, with a focus on research and surgical techniques that brought them international renown. He also oversaw the school’s acclaimed plastic surgery residency, and hand and microvascular surgery fellowships.

Lee and his team, who have transplanted the greatest number of hands in the United States, developed the innovative “Pittsburgh Protocol” for using only one anti-rejection drug instead of three following transplant surgeries. In March 2009, he led a group of physicians in performing a historic 11-hour hand transplant on a 26-year-old Marine who had lost his right hand during a military accident. Only five such procedures had been done previously in the United States. Two months later, Lee and his team gained more acclaim when they performed the nation’s first surgery during which two hands were transplanted onto a patient. The recipient had lost his hands to a bacterial infection. In 2010, Lee and his team performed another double hand transplant, as well as the first above-elbow transplant.

“Andy Lee is an outstanding plastic surgeon, physician, teacher, researcher, and administrator,” says Dean/CEO Ed Miller. “We are convinced that he will serve not only the needs of the Department of Plastic and Reconstructive Surgery, but also those of the medical school, its students, and faculty.” Lee has brought three of his key researchers with him to Hopkins.

In many academic medical centers, plastic surgery is a division within a department, but Hopkins leaders have afforded it department status because the training of plastic surgeons has become independent of surgery residency programs. Creation of the new department will also enhance its access to funding for research and innovation, as well its ability to train and recruit surgeons. Hopkins’ Burn Center will also become part of the new department.

As excited as Lee is about returning to Hopkins, he told the Pittsburgh Post-Gazette that he won’t soon be switching allegiance to the Baltimore Ravens. “Even though I’m leaving Pittsburgh,” he says, “I’m still in the Steelers Nation.”