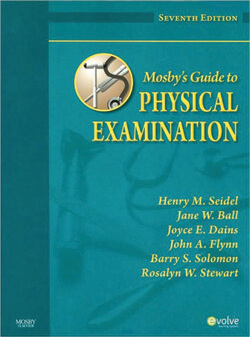 It would be difficult to determine what is the most lasting legacy of Henry Seidel ’46, the much-beloved professor emeritus of pediatrics and dean of students in the School of Medicine from 1968 to 1971 and again from 1977 to 1990.

Would it be the impact he had on his colleagues and on the lives of generations of Hopkins-trained physicians during a half century as mentor and teacher? Or could it be his nearly quarter century as editor of Mosby’s Guide to Physical Examination? This comprehensive, splendidly illustrated, and smoothly written reference text has been invaluable to untold nurses, medical and occupational therapy students, and practitioners alike since first being published in 1987. The seventh edition, the last on which Seidel worked, came out the week he died in March 2010.

The guide began as a Hopkins project and largely has remained so. Seidel and G. William Benedict, PhD ’71, a highly regarded Hopkins internist and endocrinologist who died in 2006, launched it together—and the latest edition is dedicated to Benedict’s memory. Also involved in the original edition were then-Hopkins nurses Joyce Dains, now at the M.D. Anderson Cancer Center at the University of Texas, and Jane Ball, now a consultant to the American College of Surgeons’ Committee on Trauma. They also are among the editors of the seventh edition.

The newest editors are John Flynn, clinical director of the Division of General Internal Medicine; Barry Solomon, medical director of the Harriet Lane Clinic; and Rosalyn Stewart, assistant professor and associate director of the internal medicine/pediatrics urban health residency program. They approached Seidel four years ago—before the onset of his terminal lymphoma—and asked him to join in producing the seventh edition.

The text is divided into four major sections: anatomy and physiology, review of related history, examination and findings, and abnormalities. Each section begins with consideration of adult patients and ends, when appropriate, with variations for other age groups, pregnant women, and individuals with disabilities. It is entirely updated, with new color pictures and drawings and enhancement of the sections on many specialties, particularly pathophysiology. Updated sections also deal with information technology, the evidence-based approach to providing medical care, and preventive medicine.

Seidel was “a full partner the entire way through,” Flynn says. “It’s actually one of the highlights of my career to have been able to work with him and to have my name on a project that he worked with.”