Archives - The Magic of Mentors

The Magic of Mentors 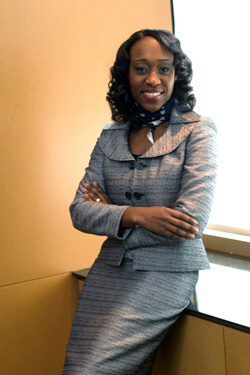 Ferguson is pleased by recent advancement among women within academic medicine.

When Traci Ferguson ’00 was 12 years old, she got her first paying job babysitting for a nurse—who told her she was smarter than some of the physicians she had known and ought to become a doctor.

That did it. “From that moment on, becoming a doctor became my goal,” writes Ferguson—now corporate medical director of WellCare Health Plans, headquartered in Tampa, Fla.—in the chapter she has contributed to a new, widely praised book, Lessons Learned: Stories from Women in Medical Management. “That episode in time illustrates the power of positive belief,” Ferguson writes.

During more than 11 years as a hospital-based internist—first on Hopkins Hospital’s house staff, then as a faculty member, clinician, and hospital medical program director at the University of Maryland Medical Center—Ferguson “acquired firsthand experience in caring for a forgotten portion of society, the uninsured and underinsured,” as well as administrative experience.

When the birth of her second child and the ongoing, grueling pressures of 14-hour shifts coincided, she decided to seek a greater role in addressing not only the needs of the underserved medical population but society as a whole by becoming a managed care executive with WellCare Health Plans.

Now working toward an executive MBA via Howard University’s online program, Ferguson sees herself becoming a member of senior medical management within the next decade.

Nevertheless, Ferguson praises what she says is a significant shift over the past 13 years toward the advancement of women within academic medicine. She believes that the journey up the professional ladder still relies on “finding the right mentor at the right time.”

Ferguson practices what she preaches: She has mentored high school students who’ve become the first in their families to go to college and a young man who now works on Wall Street. “I am very humbled to be a mentor at this stage of my life,” she says. “My role now is to support and encourage others to look beyond their current situation and strive for excellence.”  NAG