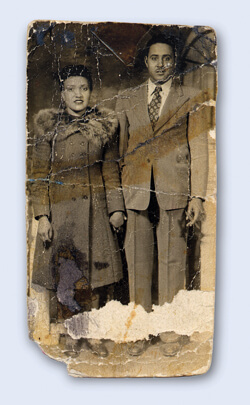 Rebecca Skloot was 16, a recalcitrant high school student in a community college biology class, when she was introduced to the story of Henrietta Lacks, a resident of Baltimore’s Turner Point neighborhood and one-time patient at Hopkins. Skloot’s instructor offered up the barest bones, a demographic footnote, really, to a lecture on the wonders of cell biology: Lacks died from a particularly aggressive form of cervical cancer. She was black. The story was thin—no character development, no narrative arc, no dramatic tension. In that classroom, the cells were the story. The same unchecked division that killed Lacks also gave rise to HeLa, the first immortal human cell line grown in a laboratory.

HeLa is the workhorse of modern experimental biology—used to create the polio vaccine, reveal the effect of radiation on human biology, investigate Parkinson’s and hemophilia and influenza, lay the groundwork for in vitro fertilization. HeLa is the stock-in-trade of biotech empires worth billions; laid end to end, the cells cultured since Henrietta Lacks died six decades ago would circle the globe three times; clumped on a scale, they would match the Empire State Building, ton for ton.

Skloot had questions her teacher couldn’t answer: Who was the woman behind the cells? Did Lacks have children? How did they feel about their mother’s contribution to modern medicine? Earlier this year, Crown published The Immortal Life of Henrietta Lacks, Skloot’s 328-page, impeccably researched account of the Lacks family, the science—and scientists—behind HeLa, and the ethics of human tissue research.

Lacks was a working-class, 30-year-old mother of five when she arrived at Hopkins in late January 1951, complaining of a “knot” in her womb. Gynecologists Howard Jones and his boss, department chairman Richard Wesley TeLinde, were in the midst of a massive assessment of cervical cancer treatment outcomes when Jones took a diagnostic biopsy of the eggplant-hued tumor on Lacks’ cervix. Eight days later, Lacks was back in the hospital—the only one in the Baltimore area that treated black patients—for what was, at the time, state-of-the-art treatment. Despite the care, provided free in accordance with the hospital’s charter, Lacks would be dead within eight months, her body riddled with pearlescent tumors. But cells from a second biopsy—taken during her first treatment and, as was common at the time, without the permission of Lacks or her family—would live on in the laboratory of George Gey, head of tissue culture research at Hopkins, who named these first human cells to survive in culture HeLa. It would be more than two decades before the Lacks family learned of HeLa’s existence, when scientists sought additional genetic material to further their investigations. The news would transform their lives.

Skloot’s book has taken the world by storm. Oprah published a feature-length excerpt. Wired made a visual map of HeLa’s influence on virology, genomics, and cloning. Skloot has appeared on Fresh Air, CBS Sunday Morning, The Colbert Report, and NPR’s All Things Considered. “My interest, historically, has been the intersection between the everyday lives of people and science,” says Skloot, who spent a decade reporting the book and with her father’s help organized a four-month book tour that included a stop at Hopkins.

Skloot recorded more than 1,000 hours of interviews with the Lacks family, with gynecologist Howard Jones, and with myriad scientists at Hopkins and elsewhere whose research has relied on HeLa. In Baltimore, she reviewed Lacks’ medical records, shared meals with her children, and visited the neighborhood where the family had lived. In April 2000, Johns Hopkins Magazine published “Henrietta’s Dance,” Skloot’s first account of HeLa. “[Henrietta’s children] felt like Hopkins was hiding the story and I felt like it would be good to have a story about the family and the ethical questions come out of Hopkins,” says Skloot, who went on to pen stories based on her research for The New York Times and others.

While HeLa has advanced the careers of hundreds of scientists and biotech executives and bettered the lives of all who benefited from the polio vaccine and many other medical interventions developed with HeLa, the Lacks family never received a cent. They struggle to afford even basic health care. In appreciation for their involvement in the book, Skloot established the nonprofit Henrietta Lacks Foundation to provide scholarships and health care for Lacks’ descendants.