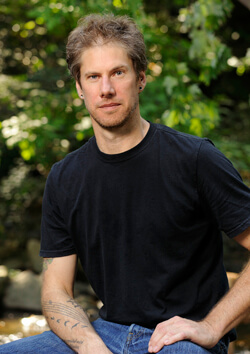 If you thought that eugenics was destroyed by its appalling association with Nazism and the Holocaust, think again.

Eugenics “is no longer a sticky, noisome residue to be scrubbed off the skin of human genetics before it can go medical,” writes Nathaniel Comfort in his new book, The Science of Human Perfection (Yale, 2013).

Instead, the glowing promises of the eugenics movement of the early 20th-century’s Progressive era—its hopes of promoting public health and preventing disease—now are being touted enthusiastically as the aim of “genetic medicine” in some of the top centers of American medicine, including Johns Hopkins, contends Comfort, a professor in Hopkins’ Institute of the History of Medicine.

“Eugenics is the lifeblood of medical genetics … [and] science and medicine are equal partners in the formation of this new field,” he says—a field that is moving medicine away from a reactive mode (curing patients who are already sick) to a prevention mode (keeping them well). In fact, Comfort notes, the hybrid field of genetic medicine is central to the School of Medicine’s Genes to Society curriculum.

An engaging writer, Comfort begins his narrative with the society-improving views of Francis Galton (1822–1911), a cousin of Charles Darwin and coiner of the term eugenics, who based it on the long-lost precepts of agricultural heredity propounded by Gregor Mendel (1822–1884). He explores the early discoveries on genetically inherited medical conditions described by physician Archibald Garrod (1857–1936), who was more concerned with improving the health of individuals than re-making society. And he describes the pioneering efforts of American eugenicists/geneticists—including Hopkins biologist Raymond Pearl (faculty, 1918–40) and Madge Macklin ’19, the “founding mother” of American medical genetics.

Comfort emphasizes that the strand of eugenics that led to the Holocaust is not the same strand that has evolved into contemporary genetic medicine, and he says that “no one at Hopkins” is promoting those earlier, race-focused eugenic concepts. “Creating a master race and preventing hereditary disease are two different things,” he says.  Many post-war physicians and scientists focused on genetics’ potential for improving health, Comfort writes—but few had a greater impact than Hopkins’ Victor McKusick ’46, and Barton Childs ’42. He gives the two “pride of place” in his acknowledgments, thanking them for giving him invaluable insights on the founding of genetics as a science and medical discipline.

Yet Comfort gently distinguishes between the masterful networker McKusick—known as the “father of medical genetics,” and the “fiercely private” Childs, whose visionary book, Genetic Medicine: A Logic of Disease, lies at the core of the Genes to Society curriculum but who “never became the ‘father’ of anything professionally.”

Comfort examines how McKusick, who founded Hopkins’ Division of Medical Genetics in 1957, came to be known universally as “the father of medical genetics” by concentrating on activities that often are treated as déclassé in biomedicine—such as teaching, cataloging, and writing review articles, case studies, and histories—but can be just as important to the progress of science as making fundamental discoveries.

By founding the indispensable Mendelian Inheritance in Man, the exhaustive compendium of genetic research developments often called “McKusick’s Catalog,” he “made himself essential as a gatekeeper of knowledge, an impresario of intellectual exchange, a broker of personnel, reagents, and data.”

Another reason for McKusick’s “father” designation, Comfort writes, was his media-savvy, farsighted 1969 call “for a medical-genetic moonshot,” the Human Genome Project, long before it was technically feasible.

Comfort writes that there was another key reason why McKusick “rewrote history as though [medical genetics]…had begun in 1957”: to dig a deep trench separating what post-war geneticists were pursuing and the horrific concepts of genetically improving humans through selective breeding, touted by some Progressive-era eugenicists and co-opted by the Third Reich.