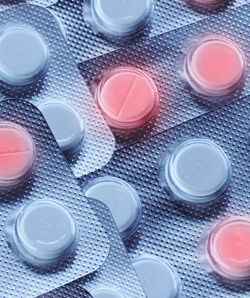 In considering menopause treatments, physicians and patients alike are still grappling with results from the Women’s Health Initiative (WHI) study.

Launched in 40 centers around the country in 1992, WHI sought to test the hypothesis that long-term hormone replacement therapy (HRT) after menopause would help prevent heart disease, osteoporosis, and some cancers later in life. That hypothesis failed, and most of the study was shut down in the early 2000s amid evidence that the risks involved with long-term HRT—more strokes, pulmonary embolisms, breast cancers, and heart disease—outweighed the benefits.

Understandably, this heavily publicized result raised public fears about using hormone therapy in menopause medicine. But Hopkins gynecologist Wen Shen points out that the study never directly addressed the way this therapy is used in her field.

The WHI study was looking at administering hormone therapy over the long haul of decades; in menopause medicine, it’s a short-term affair. Similarly, she notes, WHI’s aim was to prevent disease over a long period rather than to focus on relieving current symptoms. Finally, study participants in WHI were 63 years old on average at the start of the study, so there were very few menopausal women in the pool.

“Today, we give hormone therapy only to the more serious cases, where there are significant quality-of-life issues, and we do so with lowest dosages over the shortest possible time,” Shen says. “In menopause medicine today, hormone therapy is about the short-term management of symptoms and improving quality of life. Hopefully, we’ll be able to investigate the long-term benefits of hormone therapy for high-risk patients. But this is another project for the future.”  —JD