Archives - Who does best on lithium?

Who does best on lithium? 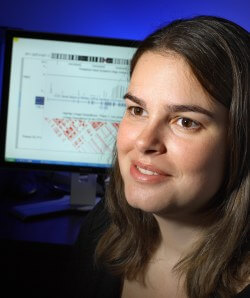 The amygdala is hit hard in bipolar disorder. The small, almond-shaped structure that nestles in each temporal lobe assumes a major role in quality of life. It’s a crossroads for fear, anger, and emotional learning. It also affects mental state. But something happens to the organ in bipolar disease. Blood flow increases and MRIs don’t look the same; there’s a clear loss of volume.

Enter lithium. Although the mood-stabilizing mineral doesn’t help everyone with bipolar disorder, for many, results are remarkable. Functionally, the amygdala acts healed.

But what happens to it physically? Can lithium actually reverse the organ’s structural damage? Pamela Mahon, whose specialty combines neuroimaging and genetics, aims to find out. As part of Project Match, a broad effort to help people with bipolar disorder find the best medication as quickly as possible, Mahon is surveying brain MRIs from each new patient who joins the study. “We’ll be comparing the images of those who respond well to lithium with those who don’t,” she says. The hypothesis is that the amygdala will plump out to normal size in people helped by the drug.

At the same time, Mahon’s colleagues are doing animal studies and analyzing patients’ DNA sequences, combing for genetic clues that signal who will be a lithium responder.

The next step, she says, will be to match the genetic variations with any physical differences the images reveal. “If things work out, that will let us connect the genes, ultimately, to the mechanism of bipolar disorder itself. You’re linking gene to brain to understanding disease.”

But a clinical benefit could come sooner. With positive results—admittedly a leap, at this point—and more medications tested, comes a prize: a set of genetic markers packaged as a routine lab test. A blood sample could tell physicians if lithium or Depakote is better to even out a patient’s moods. More studies could tailor antidepressants—Prozac? Effexor? Wellbutrin?—to a person’s brain chemistry. Hitting that goal would change the face of mental illness worldwide.