Archives - Grappling with the code

Grappling with the code 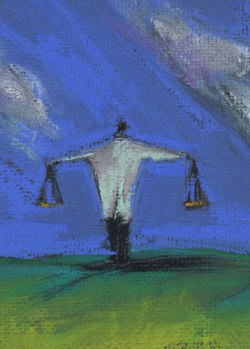 Much of medicine becomes easier with experience. One particular element seemingly defies this rule: defining goals of care and code status for a patient. The more I do it, the more complex it gets.

This scenario is, sadly, not as sensationalized as it may sound. It motivates an essential pro-activity in the goals of care discussion before a patient and his/her doctors ever face the clamor of a code. At a minimum, physicians must contribute key ingredients: empathy, directness, and medical honesty. None of these ingredients is controversial.  But even worthy pursuits come at a price. Can the pendulum swing too far?

For Mrs. D, Baltimore has always been home. Our paths converged in the emergency room on a rainy morning, a week before her 100th birthday. I encountered a petite African-American woman made of skin, bone, muscle, and not a perceptible ounce of fat. Her three children, all in their 70s, sat at the bedside. Despite an oxygen mask covering Mrs. D’s face, the first word was hers. She tapped my forearm, “Sonny, my hearing’s not too good. Talk into my left ear, will ya’?” Then she winked.

Mrs. D lived independently, doing her own housework, gardening, and bill paying. Stairs had begun to tax her breathing, but the real problem came when she tripped on her way to her bedroom, landing on her hip. X-rays confirmed a badly fractured hip. To walk again, she would need surgery.

Before the orthopedists could responsibly operate, my team needed to solve her breathing troubles. Why did she require so much oxygen? Why did X-rays show so much fluid in her lung spaces? By nightfall, answers had emerged. Mrs. D had congestive heart failure. She had been retaining fluid for weeks or perhaps months. Fluid had entered her lungs, causing her breathing difficulties. The fluid needed to go. She received her first dose of IV diuretic. Within an hour, she began to respond.

Then, a snag. Without warning, her oxygen levels tanked. A stat X-ray showed a collapsed lung, likely due to the fluid. For stability, she would need to be intubated for mechanical ventilation. This would give her lung a chance to re-expand and allow recovery of dangerously low oxygen levels. And it would permit continued fluid removal in preparation for surgery.

In our physician workroom, my resident firmly stated that we would not intubate. Apparently, Mrs. D had told her kids long ago that she would not want to be dependent on machines to sustain her life. Now, her family was relying on us to do whatever we thought was right. Plus, the resident proclaimed, “she’s 99 years old!” He paused, feeling this constituted a sufficient argument. Sensing I was not yet persuaded, he continued, “It’s just cruel to hook her to a vent. I’d never want this for my grandmother. So we’re focusing on making her comfortable.”

His focus on Mrs. D’s comfort discomforted me. I made my case: “The ventilator is a temporary tool; to turn things around. Yeah, she’s 99, but she gardened yesterday. We have a way to make her better. Is it a guarantee? No. But her problems are fixable, and the ramifications of not pursuing a medical fix are inescapably lethal. She needs intubation. We respect her wish to avoid long-term dependence on life-sustaining machinery. This is a short-term attempt to help.”

My resident didn’t budge. In fact, my take angered him. I ordered Mrs. D’s intubation in the face of his opposition. I felt failure—failure to express myself, failure to persuade. But I felt I was right.

In preventing the graphic code scenario, the danger is in going too far. Avoiding invasive measures can morph into reflex rather than reflection, a reflex to clarify code status before clarifying the acute clinical circumstances of a patient’s illness. That reflex has noble origins: avoiding suffering caused by invasive medical procedures, averting unnecessary health care costs, a physician’s own ideas about how much is too much.

It is a damaging mistake to bypass the code status discussion, and a mistake of equal magnitude to focus on code status while ignoring immediate opportunities to help a patient. For physicians caring for a sick patient, there can be no place for careless neglect of or reflexive haste in guiding the most consequential decision of a patient’s life.