Archives - From the editor 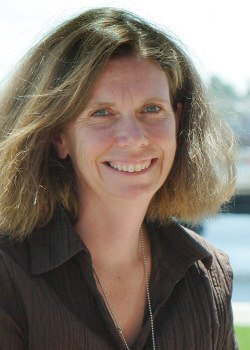 I was sitting in a darkened movie theater the other night, waiting for the film to begin, when a conversation caught my ear—a lively exchange between some young nurses who evidently hadn’t seen each other in a while. “I have a mammorable announcement to make,” one announced. “I’m having a double mastectomy on Monday.” Her friends, subdued, asked how she felt. The woman’s response was matter-of-fact (“It just has to be done…”) and upbeat: “The recovery timing works out perfectly—I can start my new assignment right on schedule in late October.”

I was stunned by this woman’s resilience—and thought immediately of 10-year-old Payton Mueller, whose impish grin graces our cover. Payton is confined to a wheelchair, his hips and knees locked into right angles, but his youthful exuberance bubbles over in every encounter, as writer Christy Brownlee notes in “Pumped Up,” p. 18.

Resilience, in fact, is the through line of Christy’s story about spinal muscular atrophy (SMA). We see it in the parents of baby Oliver, who allow his autopsy in hopes of changing the future for others with SMA. We see it in the Hopkins neurologists who set aside their emotional attachments to take part in those autopsies. We see it in “Families of SMA,” a group working tirelessly to usher promising drugs into clinical trials.

I’m inspired by these everyday heroes and their ability to rebound in the face of adversity—and I bet you will be, too.