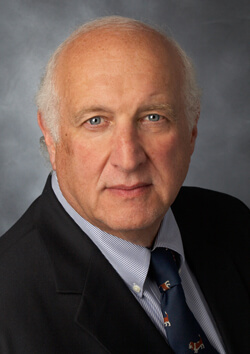 Having begun with residency at Johns Hopkins and staying on as a faculty member, then going into private practice and eventually retiring at Boys Town National Research Hospital, Edward Cohn saw sweeping changes in his field.

Edward Cohn retired last year after decades as an otolaryngologist. The field, he says, is worlds away from when he was a first-year otolaryngology resident at Johns Hopkins in 1967.

For example, when Cohn started his residency, he remembers a patient dying because the respirator she was using had become disconnected. “In those days, respirators didn’t have alarms,” he says. “There was nothing to alert staff when they weren’t working properly.”

Much of the routine monitoring that happens today also didn’t exist in the late 1960s, Cohn says. Patients’ electrocardiograms weren’t taken during surgery. Neither were blood gases. There were no intensive care units, so all post-surgery patients were simply cared for in the recovery room. “Once the room filled up,” Cohn recalls, “you either couldn’t do more surgery or you had to get people out of there.”

Technology changed as well. During the second year of Cohn’s residency, he remembers his first glimpse of fiber-optic cables for bronchoscopies, tools that are now widely used. But instead of today’s battery-powered light source that measures about 2 inches squared, the light source then was a 3-foot cube that plugged into the wall.

Computers and their role in care and research have similarly undergone radical changes, he says. By the time he retired, he could do a medical literature search in minutes, a task that once required spending countless hours at the medical library.

The field is still undergoing tremendous changes that will revolutionize care for many problems, says Cohn, including genetic and acquired hearing loss—an area he’s been involved in through most of his career. Advances in developmental biology are leading to better drugs for these conditions, Cohn says, which will be significantly more effective than current treatments.

“We have come a long way,” Cohn says. “And we have much more to look forward to.”