Dome - A chance to advance

A chance to advance 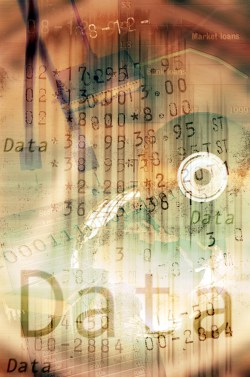 Fourteen months after Shenita Cherry arrived as a new clerical associate on the Johns Hopkins Children’s Center’s medical surgical unit 4 (CMSC4), her position was eliminated. In its place emerged a new job opportunity as a clinical customer service representative (CCSR).

A self-professed go-getter, Cherry leapt at the chance. The position was well suited to her plans for a career in health information management. “I’m currently in school, so this position definitely was another stepping stone to getting into the field,” Cherry says.

The position also met the needs of Hopkins Hospital’s rapidly changing system for handling patient records. As paper charts have steadily been replaced by electronic ones throughout the hospital, many of the jobs performed by clerical associates have become outdated. There would soon be no need, for example, to file paper records or maintain “neat and orderly” paper patient charts.

Increasingly, new skills were required to make the transition to electronic health records. But rather than force all clerical associates out of a job by the end of 2011, hospital management offered many of them a chance to upgrade their skills and qualify for new positions across the hospital.

Cherry, 33, and others who accepted the invitation took part in a series of assessment, training and coaching sessions administered by the hospital’s Office of Community Education Programs. and its Skills Enhancement Program. Participants received training in several of the hospital’s electronic data systems for documenting patient care, bed management and lab specimen barcodes, as well as in the hospital’s new nurse call system. They also worked on service excellence skills, such as telephone courtesy and patient satisfaction.

Leslie Carter, career services case manager for the CCSR program, assisted clerical associates through the process, allaying their fears. “One former clerical associate who was hired as a CCSR thanked me for answering her questions,” she says. “I made it very, very clear from the beginning that I was here for them and that I wanted to make the transition as smooth as possible.” Once clerical associates understood the need for change, they were ready to go forward, Carter says.

To date, more than 49 clerical associates have accepted jobs as CCSRs or in other positions within Johns Hopkins. Others continue to receive support as they work to meet necessary job qualifications.

Cherry sailed through the program and is now a CCSR on her original unit.

Not that it was easy to make the transition, she says, “but I was really adamant that this was something that I wanted and that I was going to do what I had to do to get it.”