Dome - A renewed call to ‘do no harm’

A renewed call to ‘do no harm’ 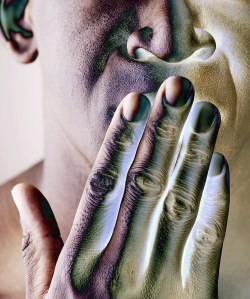 “Everyday rudeness … affects your morale, your investment, how long you are willing to work, whether you feel like coming to work.”

—A nurse’s response to the  disruptive clinician survey.

Long hours, equipment breakdowns, unexpected changes in a prognosis, pressure to move patients through the care process and other high-stress factors can all contribute to anxiety, short tempers and disruptive behavior among nurses and physicians. Concern for the welfare of clinicians and the patients they serve led a team of Johns Hopkins Hospital investigators to better understand the causes of clinician misconduct targeted toward colleagues and to find long-lasting fixes.

Until a clinician survey of nurses and physicians conducted last year by the research team found evidence of widespread disruptive behavior by physicians, residents and nurses, only a steady stream of anecdotal accounts hinted at the extent of the problem. While disruptive clinicians at Hopkins Hospital don’t pose an immediate physical threat to patients, survey data showed a link between poor workplace manners and poor patient and staff well-being.

Taking the form of incivility, psychological aggression and physical violence, disruptive behavior is a persistent and complex problem, conclude investigators Deborah Dang, director of nursing at Hopkins Hospital; Jo Walrath, an associate professor in the Johns Hopkins University School of Nursing; and Dorothy Nyberg, a study coordinator in the Department of Nursing.

In the 12 months prior to taking the Web-based survey, 85 percent of respondents had personally experienced disruptive behavior and 73 percent have seen a coworker fall victim to treatment that ranged from passive aggressive conduct to physical violence. Perhaps surprisingly, physicians and nurses reported the highest levels of misconduct within their own professional ranks. In response to the survey, for example, one physician described a senior faculty member’s routine conduct: “rude, condescending, abusive, throws things … yells at patients and staff.”

Although sobering, the findings and personal accounts also offer clues to sustainable solutions sought by the team.

The multi-phase Hopkins study is the first to bring a systematic approach to identifying and rectifying bad behavior among clinicians, say research team members. “What we found from the literature and our research is that the phenomenon can’t simply be explained as an off-the-cuff occurrence without a discernable root cause,” says principal investigator Dang.

Disruptive behavior doesn’t erupt randomly, but, across the system, stems from a cluster of contributing factors that give rise to the harmful behavior pattern, the study shows. Ignited by triggers such as high-stress working conditions and fatigue, disruptive behavior is perpetuated by the silence of both victims and bystanders. Even when poor conduct puts a patient’s condition at risk, 18 percent of survey respondents said they didn’t speak up.

Disorderly acts are not unique to Hopkins Hospital. For more than 40 years, investigators have recognized disruptive behavior as an insidious, global phenomenon that’s harmful to patients, health care staff and institutions, according to the Hopkins research team. More recently, a 2004 Institute of Medicine (IOM) report, Keeping Patients Safe: Transforming the Work Environment of Nurses, brought renewed attention to the matter, as did the findings of researcher Alan Rosenstein, who has warned of disruptive behavior’s “downstream negative effect on patient safety and quality of care.”

In light of the IOM study and a looming national nursing shortage, the Hopkins research team initially received funding from the Maryland Health Services Cost Review Commission (HSCRC) to examine a possible link between high nurse turnover and disruptive clinician behavior. But team members soon realized that the problem couldn’t be addressed within the nursing realm, alone. With the HSCRC’s approval, they expanded the study’s scope to include disruptive behavior among both nurses and physicians and its implications for patient care and the safety of patients and staff.

By the time the Joint Commission issued a Sentinel Event Alert in 2008 warning that poor clinician conduct can foster a hostile environment and jeopardizes patient well-being, the Hopkins team was already deeply engaged in the development of a tool for assessing, analyzing and exploring solutions to the problem.

The price of remaining silent

The survey exposed an ingrained cultural trend that must be uprooted, the researchers contend. But that can only happen if providers are to hold themselves accountable for their actions and make it safe for others to speak up when coworkers, whether peers or supervisors, misbehave.

To crack the code, “Leadership must be engaged,” Nyberg says. She and her co-investigators began at the top, presenting their findings to Edward D. Miller, dean/CEO of Johns Hopkins Medicine; Ronald Peterson, president of The Johns Hopkins Hospital and Health System; and Judy Reitz, executive vice president and chief operating officer for Hopkins Hospital. As a result, the research team got a green light to develop a broad-based plan for tackling disruptive behavior that would require managers at every level to “set expectations and act as role models to their staffs,” Nyberg says.

Success also depends on framing the disruptive clinician problem as one that is modifiable and has consequences for everybody, but namely the patient, Walrath says. “The culture of patient safety is everyone’s responsibility on the unit. You can’t cop out because you aren’t part of the problem.”

Recently convened in response to the study, the Professionalism in Practice Steering Committee (PIP), composed of clinical and administrative leaders as well as frontline care givers, has been charged with developing a series of interventions to make it safe to speak up in the face of disruptive clinician behavior, provide staff with the necessary communication skills for doing so and establish a culture of mutual accountability, respect and collegiality.

Using a tool called the “Influencer Model,” the PIP committee will devise interventions, starting with awareness campaigns, designed to meet the needs of individuals and groups of coworkers, as well as to foster institutional support of the movement to combat disruptive clinician behavior.

One of the committee’s first tasks is to inventory past and present programs that address disruptive clinician behavior. Those programs include leadership training initiatives spearheaded by Jonathan Lewin, director of radiology, who co-chairs the PIP committee along with Karen Haller, Hopkins Hospital vice president of nursing; and Pamela Paulk, the Hopkins Hospital and Health System vice president of human resources. While geared more toward a culture of mutual respect and inclusion than bad behavior, the program’s goals dovetailed with those promoted in the study.

The program’s benefits rippled throughout radiology, as attested by high scores for employee engagement and customer satisfaction, Lewin notes. As he and the PIP committee now plunge into the hard work of transforming Hopkins Hospital into an institution with zero tolerance for disruptive clinician behavior, Lewin understands that setting a high standard for all physicians and nurses is critical to patient and staff satisfaction and safety. “Without a central culture of respect and communication, the skills you teach to frontline staff are not going to be successful.”