Lifesaving CPR, invented here 50 years ago, marks the occasion with a new twist. 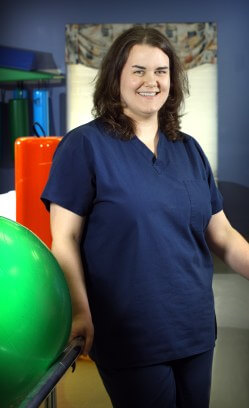 For Kristen Lindeman and three friends, the mid-January get-together at a noisy East Baltimore restaurant was the perfect end to a hectic workday. But before she could take her first bite of food, Lindeman paused when she heard the words: “I need help.” She looked up and saw a patron of the bar struggling to hold up a young woman who’d fallen unconscious.

Lindeman and her colleagues had all recently recertified in CPR, unaware that this lifesaving maneuver would mark its 50th anniversary this year, thanks to a handful of visionary Hopkins researchers, engineers and physicians.

It’s also fitting that in November, the American Heart Association redefined the CPR guidelines to lessen the emphasis on rescue breathing in favor of uninterrupted chest compressions. This is based on two recent studies, the latest published in a July edition of the New England Journal of Medicine.

The idea of rescue breathing came first, as Hopkins anesthesiologist Peter Safar advanced some efforts at Baltimore City Hospital, which is now Johns Hopkins Bayview. Together with colleagues, Safar refined earlier methods into a formal protocol and later produced a book, making a series of public presentations about how to optimize the approach.

Around the same time, the concept of chest compressions came about almost serendipitously—the result of a slow elevator. Hopkins engineer William Kouwenhoven was tinkering with ways to restart a beating heart with electrical methods, using defibrillators on dogs.

One day in 1958, Kouwenhoven’s lab fellow, Guy Knickerbocker, was working with a dog when the animal unexpectedly went into ventricular fibrillation in the 12th floor Blalock lab. Knickerbocker impulsively started pressing the dog’s rib cage, knowing from previous experiments that such an action at least momentarily raised an animal’s blood pressure. He handed the effort off to a lab partner, and then dashed for the defib cart, which was down on the 5th floor.

Knickerbocker had to bring the cart back to the 12th floor on the notoriously sluggish Blalock elevator. When Knickerbocker and the cart got back to the lab, the dog still appeared viable. Knickerbocker set up and delivered the shock. In moments, and against expectations, the shock restarted the animal’s native heartbeat. “It looked like a good recovery to me,” says Knickerbocker.

When Knickerbocker shared news of the episode with Hopkins cardiac surgeon James Jude, a new idea was born. The technique was used to save the life of a female human patient at Hopkins in 1959, and the following year the trio published a seminal paper in the Journal of the American Medical Association documenting the success rate of chest compressions. The paper’s promising results lit up the world of resuscitation medicine.

Hopkins’ JAMA paper, asserts Mike Weisfeldt, a cardiologist and director of the Department of Medicine, was a “most impressive event.” It proved in lasting detail that an everyday bystander might save the life of a person who suddenly loses their heartbeat, he says. “If you compress the chest in a regular, rhythmic way, you provide enough blood flow so that you can go get a defibrillator and ultimately defibrillate a patient with ventricular tachycardia or fibrillation and save their life.”

Prior to this moment, Weisfeldt notes, rescue medicine had “little to offer,” relying strictly on the quick arrival of an ambulance crew equipped with defibrillators. “It just took too much time,” he says. “Now, if we apply the technique promptly, we can save a life 50 percent of the time.”

Nowadays, Knickerbocker says he thinks that those discoveries were “kind of awesome, but I don’t dwell on it an awful lot.” He does take satisfaction in knowing that CPR’s “penetration is literally worldwide.”

In the case of Lindeman and her colleagues’ restaurant patient, things never had to get that far. Arriving EMTs were able to apply a shock to the unconscious young woman’s heart. Just weeks later, the patient paid a visit to Bayview to thank her lifesaving team. “It was surreal,” says Lindeman. “It was nice to see that we really did help someone. We really, truly saved a life.”