Thinking green from top to bottom

In the new clinical building, nature and nurture will go hand in hand. 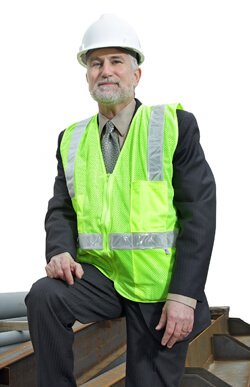 When the Sheikh Zayed Tower and The Charlotte R. Bloomberg Children’s Center open next year, the expansion will herald a new era of ecologically sound design for The Johns Hopkins Hospital. From the landscaped grounds to ceiling tiles partially made from recycled material, the buildings pay respect to the welfare of the earth as well as that of patients and their families.

As soon as visitors approach the sprawling front entrance, they’ll encounter a panoramic garden, brimming with native plants and watered by a state-of-the-art drip-irrigation system. “The system is much more water efficient than traditional sprinkler systems,” says Michael Iati, the health system’s senior director of architecture and planning. “It is an automated system that measures moisture content and irrigates when needed rather than on a fixed schedule.”

On levels 6, 7 and 8 of the new buildings, different varieties of sedum, a drought-resistant ground cover, have already been planted to create a “green roof.” By absorbing rain water, the sedum will control storm runoff and promote evaporation to create a cooling effect, according to Iati. The roof gardens will also stabilize temperatures on floors directly below and provide “additional ultraviolet ray protection for the roof membrane itself.”

Once runoff flows from the buildings’ roofs to the ground, it will collect in subterranean tanks designed to filter out harmful sediment and dirt before it can be released into storm drains and travel ultimately into the Chesapeake Bay. The permeable brick driveway leading to the buildings also filters rain and snowmelt before it flows into the bay’s watershed.

Because the buildings’ other roof surfaces are white, they are highly reflective and will help to prevent heat from penetrating the interior. “Even in the dead of winter, there are places in the hospital that we still have to cool because equipment generates so much heat,” Iati notes.

Inside the new buildings, Iati says, “there are a lot of products made from recycled materials, including insulation and ceiling tiles made from old tiles, paper products and other materials.” Nontoxic paints will be used throughout the buildings and none of the backing board materials used to support walls and flooring will contain formaldehyde, a gas linked to cancer.

A wealth of natural materials will grace the interior. “We have marble from Greece, limestone from Wisconsin and all of the hardwoods come from sustainable forests,” Iati says. A point of green pride as well: Chips of recycled glass will add sparkle to the terrazzo flooring.

Energy conservation was another goal for the architectural team, Iati adds. All lighting and climate controls will be activated through a smart building automation system that “knows the time of day and can adjust to the different amount of sunlight received by each part of the buildings according, for instance, to their eastern or western exposures, and can adjust for humidity and occupancy levels.”

All windows will have “low emissivity,” a quality that controls ultraviolet rays from entering the buildings. And throughout, Iati says, prefiltration air filters will cleanse “every molecule of air you’ll breathe in these buildings.” Another resource-conserving feature will allow the hospital’s operating system to recycle energy emitted by the heating, ventilation and cooling systems.

Perhaps the most environmentally friendly feature of all will support the new buildings as well as the entire East Baltimore campus. Two cogeneration plants currently under construction will produce electricity while capturing and recycling the heat that would ordinarily be released by conventional power plants. The system will reduce costs and reliance on commercial power sources, and greatly reduce air emissions.