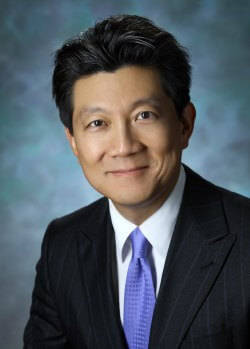 W. P. Andrew Lee has returned to serve as director of the new Department of Plastic and Reconstructive Surgery.

Twenty-seven years after graduating from Hopkins’ school of medicine, W. P. Andrew Lee has returned to serve as director of the new Department of Plastic and Reconstructive Surgery. He succeeds Paul N. Manson, who headed the Hopkins division since 1990.

Formerly a division of general surgery, the new department was created to handle demand for advanced, highly complex reconstructive surgery and the need for more research, says Lee, who has been heralded for pioneering hand transplants at the University of Pittsburgh. Best known for leading the surgical team that performed the nation’s first double-hand transplant in May 2009, and the first above-elbow transplant earlier this year, Lee, aided by his team, has transplanted the greatest number of hands in the United States. He’s also conducted breakthrough research on overcoming rejection in composite tissue grafting. Info: hopkinsmedicine.org/surgery/div/Plastics.html

In a move to standardize preventive infectious-disease practices throughout the network, Trish Perl has been named senior epidemiologist for the Johns Hopkins Health System. Internationally acclaimed for her efforts to reduce infection rates, Perl served 14 years as head of epidemiology and infection control at The Johns Hopkins Hospital.

Perl has also influenced policy at the local, state and national levels through service on many advisory panels and boards. She will continue in her research role as a professor in the Division of Infectious Disease and recently received a $5 million multicenter grant from the CDC to study respiratory protection in health care workers. Lisa Maragakis, Hopkins Hospital’s associate hospital epidemiologist for the past six years, will serve as interim director of Hospital Epidemiology and Infection Control while a national search is conducted for a new director.