Dome - A service in demand

A service in demand 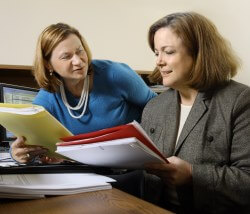 In 1995, a billing scandal that ultimately cost the University of Pennsylvania Health System a whopping $30 million in fines abruptly upended the world order for physician billing everywhere. Rather than blindly trusting that all physicians understand the complex rules on how to document correctly and thoroughly enough to support the services that they are billed for, most large physician practices now employ staff whose sole job is making sure that documentation and coding is done correctly and that doctors have the training they need to get the reimbursement they deserve.

“Our program is built on the pillars of educating physicians and doing reviews or audits to see how well services are documented,” Weiner says. “We also provide cyclical feedback based on those reviews.”

Due to several key factors, including Hopkins’ rapid expansion, the CPA’s billing quality assurance office is planning to expand the number of compliance specialists by another five. The extra hiring is both to accommodate the steady workload as well as to accommodate other clinics and institutions with a growing need for reviewing billing compliance, such as Johns Hopkins Community Physicians, the recently integrated All Children’s Hospital in Florida, and smaller practices owned by the Johns Hopkins Health System.

As Hopkins prepares to switch to Epic, a new electronic medical record system, and as the country converts to a new diagnosis coding system (ICD-10), the need has never been greater for skilled candidates, says Mary McDermott, the CPA director of compliance. Unfortunately, the few candidates with the appropriate skills are in hot demand with other local organizations as well, she explains. The Centers for Medicare and Medicaid Services, as well as local consulting companies, all hire employees with similar abilities. Adding to the difficulty of attracting qualified candidates is the fact that Hopkins’ salaries have historically been lower than those of other employers.

It’s a service in high demand, especially by departments that provide unusual or highly intricate care that can be complicated to document, says Department of Neurosurgery Director Henry Brem.

“We do very complex procedures, and we want to make sure that we’re always 100 percent in compliance,” he says. “We place a very high value on having internal auditors to determine whether we’re following the rules. There’s always room for improvement.”

Like being in the Peace Corps, being a compliance specialist is another “toughest job you’ll ever love,” and it’s not for everyone, adds McDermott. Doctors at Hopkins are roundly acknowledged as the best in their fields, so it can be intimidating to point out their documentation mistakes and guide them to better solutions.

“It’s very difficult,” McDermott says. “Our doctors have been the A students all through high school, college and medical school. They were renowned in their fellowships and are now here performing incredible diagnostic work and surgeries. Then three critical words get left out of an operative report or admission note, and that takes away hundreds or thousands of dollars of reimbursement.”

Being able to develop a rapport with physicians isn’t always a teachable skill, Weiner explains—in fact, there’s no formal program to develop the complete, unique skill set that compliance specialists need. Unlike billing or medical coding, two careers that often serve as stepping-stones into this role, no academic or certificate programs exist to train compliance specialists, Weiner says. That makes the prerequisites for becoming a compliance specialist a complex combination of some formal training, previous experience and the right personality traits to thrive in this position.

Understandably, this makes the candidate pool a small one, Weiner says.

However, Weiner notes that Hopkins has made many steps toward becoming a more competitive employer—raising starting salaries and offering training to qualified candidates who lack some of the skills needed to succeed.

Hopkins has also expanded its search nationwide to find the best compliance specialists to fill these open positions, Weiner says.

“This is a job for someone who loves challenge, has a thirst for knowledge, enjoys diversified work, and draws upon their creativity,” she adds. “The time for the right people to join our team has never been a better one.”