Dome - What's in a Ranking

What's in a Ranking 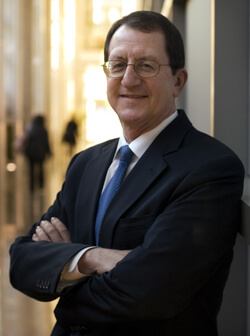 For 22 of the past 25 years—indeed, for 21 consecutive years—The Johns Hopkins Hospital was rated the nation’s number one health care institution in the annual U.S. News & World Report ranking. This July, for the first time ever, we were ranked number three, an honor for which we are still extraordinarily proud. All along, it has been the people of Johns Hopkins who have led us to excellence in medicine, and our staff and faculty members remain among the best in the world.

This fact has not changed.

But in light of this year’s ranking, it is natural to wonder what has.

Though U.S. News is obviously not the only measure by which hospitals are judged, it is an important tool for would-be patients who check publicly available rating systems. Of the people who do so, nearly two-thirds of them look to the U.S. News list. The rankings are significant in our efforts to continue helping patients from all over the world.

So what was different this year? Well, we know that U.S. News increased the weight of what they use for the patient safety score, added two new patient safety indicators (PSIs) and decreased the weight of the specialties’ reputation. For a long time, reputation was 32.5 percent of the overall ranking, and this year, it was weighted at 27.5 percent.

To determine reputational scores in the past, U.S. News surveyed physicians whose names it obtained from the American Medical Association (AMA). This year, however, it also included doctors from Doximity, a social media outlet for physicians akin to what LinkedIn is for nonphysicians. Is Doximity’s membership made up of a somewhat different mix of practitioners than the AMA sampling? How many Johns Hopkins Medicine physicians belong to the network?

We don’t yet know the answer to these and similar questions—but we aim to find out.

This year, U.S. News placed greater emphasis on the patient safety score, doubling its weight in the survey from 5 to 10 percent. This is an area where, based on the magazine’s criteria, we fell.

This is not in accord with what we understand about our hospital based on myriad other patient safety measures. For example, we are one of the few academic medical centers to be designated a Top Performer in Quality and Safety by the Joint Commission, and we have been awarded Magnet designation three times in recognition of our nursing excellence and the provision of the highest quality of patient care.

So while we continuously look at what we can do to improve patient safety, we are also examining the patient safety indicators that were benchmarks in the U.S. News ranking.

For example, one indicator used was the number of post-surgery hip fractures. U.S. News averaged the number of those incidents over the years 2010, 2011 and 2012. During that three-year period, we had just one post-surgery hip fracture. While we never want any of our patients to suffer, it is questionable as to whether this particular indicator is a meaningful measure of the level of safety at any hospital.

We are in discussions with U.S. News on the appropriateness of using some PSIs, but our primary aim in doing so is not to bolster our ranking. It is to provide the best possible service to people who use this survey to inform their health care decisions.

In truth, no individual set of measures can precisely represent the quality work that we and other health care organizations provide, and I am extraordinarily proud of our top-tier hospital and legacy of excellence. Because of the innovative and lifesaving care that we provide to each of our patients, when we do return to the number one spot in the U.S. News ranking, I will not be surprised at all.

To learn more about the rankings, visit hopkinsmedicine.org/usnews.