Dome - Knocking Down the Ivory Tower

Knocking Down the Ivory Tower 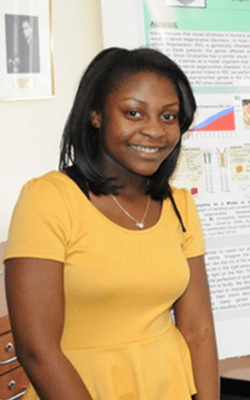 1 2
Former SARE intern Stephanie Keyaka: “I found out that Johns Hopkins scientists are down-to-earth and look just like everyone else walking down the street.”

Doug Robinson didn’t set out to create an outreach program. His family volunteered at Boys Hope Girls Hope in northeast Baltimore, a nonprofit that provides housing and a structured environment to help students achieve their dream of attending college. Robinson, a Johns Hopkins professor of cell biology, mentored some of the students but wanted to do more.

In 2009, he secured funds from the school of medicine and Institute for NanoBioTechnology and created SARE, the Summer Academic Research Experience—an opportunity for high school students who come from families affected by poverty, addiction, incarceration or homelessness to improve their writing and mathematics skills while working in a science lab here. That summer, two high school students, referred to as scholars, entered the first SARE program.

“We are in a field that provides an important service to the community, but the value of that service can’t always be seen outside of our academic ‘ivory tower,’” says Robinson. “Our goal for SARE is to help deserving kids from the Hopkins neighborhood get excited by science and prepare them for the rigors of college. If they become interested in research at the same time, it’s a win-win.”

Take Dwayne Thomas. He grew up 10 blocks north of the hospital and moved into Boys Hope Girls Hope when he was 11 while his mother was in transitional housing. At 16, aspiring to become a doctor, he joined the Robinson lab for a summer.

It wasn’t easy. His postdoctoral mentor, he says, usually answered his questions with, “Have you looked it up?”

But Dwayne came back for a second challenging summer and continued to grow. When he disrespected one of his teachers, he was nearly shown the door because he wasn’t willing to apologize. But through that incident, he says, he recognized his mentors’ profound devotion to him.

“SARE also helped open up many other doors that I did not know about and did not think were possible,” he says. Now a sophomore biology and Spanish major at Loyola University Maryland, he has a third summer of research under his belt—this time through a highly competitive program at the University of Notre Dame in Indiana. And he sees a Ph.D. in his future—in addition to an M.D.

To date, SARE has touched the lives of eight scholars and six lab communities in addition to Robinson’s: those of Peter Devreotes, Alex Kolodkin, Carolyn Machamer, Craig Montell, Caren Myers and Sean Taverna. It has also expanded its network of partnering organizations to include the SEED School of Maryland and The Crossroads School, both in Baltimore.

“These kids have already beaten the odds, but they still have more to accomplish to reach their full potential,” says Robinson. “They have to stretch to meet standards of professional behavior and academic achievement, but they work really hard to get there.”

Now SARE is working to make this program sustainable and expandable. If you are interested in helping SARE, please email dnr@jhmi.edu or castellanos@jhmi.edu.