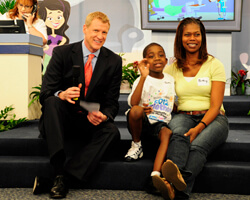 The Path to Compliance

Doing the right thing seems like a no-brainer. But sometimes people fear repercussions. If you witness or suspect any employee violations of federal, state or local laws or unethical conduct, the Johns Hopkins Health System Corporate Compliance Department wants to assure you that you can report serious concerns on the compliance hotline (1-877-932-6675) anonymously and without retaliation. In addition, the department updates staff about compliance policies, like the one regarding state and federal government agency audits, interviews and searches. This policy provides vital information regarding whom to notify and which procedures must be followed if you’re contacted by a government agency about any matter that involves a JHHS facility. In such a case, immediately notify your manager or Johns Hopkins Medicine’s legal department. If you’re contacted during nonworking hours or at home, an attorney is available 24/7 through the legal department pager, at 410-283-2507. Keep in mind that it’s JHHS policy to cooperate fully during any type of government inquiry. Though you’re free to speak with government representatives if you’re contacted, you are not required to do so. If you do wish to speak to government representatives, you’re entitled to have legal counsel with you during the interview. Finally, take careful note of the procedures to follow regarding how to handle subpoenas, searches and a request for access to property and documents. Details: insidehopkinsmedicine.org/JHHScompliance/index.cfm

On June 2, the 30th annual All Children’s Hospital Telethon will be broadcast from the hospital’s Education and Conference Center. The goal: to raise funds to support hospital programs and to raise awareness of All Children’s role as a regional pediatric referral center. Employee and donor volunteers will staff the phones as viewers enjoy updates on some of the most memorable patients from the past three decades and hear how new research programs at ACH are contributing to advances in care. The telethon airs on WFLA News Channel 8 in Tampa-St. Petersburg and WXCW/CW-6 in Ft. Myers and is also streamed live on the hospital’s website. All Children’s was among the first children’s hospitals to join Children’s Miracle Network Hospitals. This unique network partners TV stations with their local children’s hospitals and provides entertainment segments that are used as part of the broadcast. National, regional and local partners of CMN Hospitals present their annual donations to All Children’s on air during the telethon. Since its inception, the telethon has raised a total of $80,864,796. “I believe that it is through the incredible stories of amazing recoveries; advances in medicine, treatment and research; and the relationships our patients and families make with ACH that people can really see us as the unique asset in this community,” says Jenine Rabin, executive vice president of the All Children’s Hospital Foundation. “As a member of Johns Hopkins Medicine, we now have even more potential to provide the most outstanding care possible.”

Officials at The Johns Hopkins Hospital report a 200,000-pound decrease in the amount of trash produced each month, a 17 percent drop in just the first five months of a campaign begun in October 2012. Kristian Hayes, assistant director of general services for Johns Hopkins Medicine, attributes the overall reduction to a system-wide rollout of 1,000 recycling bins. Reducing hospital waste is just one of the goals in an ambitious plan set forth by the Johns Hopkins Health System’s Sustainability Network. The network, a diverse group of concerned Hopkins leaders and vendors, released an environmental plan in mid-2011 with the goal of using natural resources responsibly, increasing recycling and making sustainability an institutional top priority.

In addition to reducing overall hospital waste, JHH has dramatically reduced regulated medical waste since last fall. In September 2012, regulated medical waste was more than one-third of the total waste produced at the hospital. By February 2013, the figure was reduced to less than 14 percent. “The key is to make it as easy and convenient as possible,” Hayes said. “And that’s how the plan is designed.” Next steps for the Sustainability Network include conserving energy and water across the entire health system.