Dome - Cancer: Emperor of All Maladies

Cancer: Emperor of All Maladies 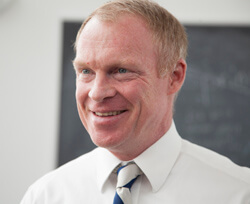 Patrick Brown, director of The Kimmel Cancer Center’s Pediatric Leukemia Program, says the cameras captured him in light moments with his patients and during tough conversations with those in dire situations. He hopes viewers will see both how far medicine has come in dealing with cancer and how far we need to go.

Cancer in its multitudinous forms remains the second leading cause of death in the United States and touches members of nearly every family, regardless of race, gender or age.

The intricate story of cancer—from its ancient roots to the latest in gene and immunotherapy—will be told in an upcoming three-part, six-hour PBS documentary series executive-produced by Ken Burns and directed by Barak Goodman. The series, Cancer: The Emperor of All Maladies, is based on the Pulitzer Prize-winning book of the same name by Siddhartha Mukherjee, a cancer specialist at Columbia University. It premieres on Monday, March 30, on PBS affiliates and will be shown over three consecutive nights.

The documentary team filmed in various locations at Johns Hopkins, including the Pancreas Multidisciplinary Cancer Clinic, the Lung Cancer Program at Johns Hopkins Bayview Medical Center and the pediatric oncology wing of The Charlotte R. Bloomberg Children’s Center. Film crews were embedded at the Kimmel Cancer Center for 18 months to document the hopeful and sometimes heartbreaking narratives of its patients, clinicians, scientists and staff.

Goodman says the production team chose Johns Hopkins as one of its film locations because it wanted a leading hospital on the forefront of cancer treatment and research. Johns Hopkins also has valued experience with film crews, he says, as it was the location for two other documentaries: Hopkins 24/7 and its sequel, Hopkins.

William Nelson, director of the Kimmel Cancer Center, says that Johns Hopkins agreed to be part of the project because it believed in the message and trusted the filmmakers. “We were very impressed with the aspirations of the filmmakers to make this into an educational tool and help demystify the disease.” He says the show will also demonstrate physicians’ critical role as caregivers.

A CONVERSATION ON CANCER

A town hall discussion with the creators, patients and scientists associated with Cancer: The Emperor of All Maladies will be held on Monday, March 23, from 1 to 2:30 p.m. in the Chevy Chase Bank Auditorium in The Johns Hopkins Hospital’s Sheikh Zayed Tower.

A 20-minute clip of the series will be shown.