Cardiovascular Report - The Power of Genetics in Heart Risk

The Power of Genetics in Heart Risk 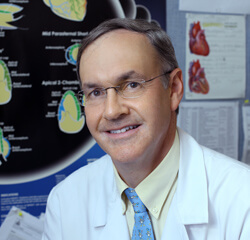 While many people struggle to reduce their weight and manage their risk factors for heart disease, 34-year-old Christopher Berrier looks like the picture of health. The former NCAA champion lacrosse player is thin, eats a healthy diet, exercises three times a week, and has always had good checkups without any red flags for heart disease, except for a slightly elevated blood pressure.

Berrier did have a nagging concern, however. His grandfather died at 41 of a heart attack, and at age 50, his father survived a severe heart attack that was due to a blockage in his left anterior descending artery.  Berrier wondered if his family history was putting him at risk.

His primary care physician suggested that he have a coronary calcium scan, and he’s glad he did. “My calcium score was very high, especially in the left anterior descending artery, the same vessel that had become blocked in my father,” Berrier says. “I was surprised—it shows how powerful genetic factors can be, even when you have a healthy lifestyle,” he adds.

His physician prescribed pravastatin and lisinopril for his blood pressure as well as a daily low-dose aspirin. He also referred Berrier to Johns Hopkins cardiologist Roger S. Blumenthal, who heads the Ciccarone Center for the Prevention of Heart Disease.

“It’s unusual that someone of Chris’ age has such a high coronary calcium score,” says Blumenthal. “We rarely see people under age 35 with a coronary calcium score over 100, and Chris’ overall score was above 500. Because of his healthy lifestyle, it is clear that genetics played a key role.”

Blumenthal says Berrier’s Framingham Risk Score would be a very low 1 percent risk of a heart attack over the next decade, since Framingham does not take family history into account. But with that information, a coronary calcium scan, as well as a carotid ultrasound to measure thickness of the common carotid artery, can help be a “tie-breaker” in deciding whether to prescribe statin therapy for primary prevention.

Blumenthal believes that the prognosis for Berrier is excellent. The cholesterol-lowering medication he is taking, along with the blood pressure drug and daily aspirin, will likely stabilize the plaque in the walls of his arteries and prevent narrowing of his coronary arteries.

“We have good data that if you have a coronary calcium score above 400, you can lower your event rate significantly with statin therapy.” Blumenthal points to the St. Francis study, a randomized trial reported in the Journal of the American College of Cardiology in 2005, which showed that patients taking atorvastatin reduced their risk of heart attack, stroke, bypass surgery or heart disease-related death by 42 percent compared with patients who took a placebo.

“I was concerned at first about the long-term effects of the medication,” says Berrier, “but it was clear to me that with such a high coronary calcium score, the risk of not being on the drugs was greater than the possible drug side effects 30 or 40 years down the road.”

In the meantime, Berrier, who manages an equity portfolio, says he has become even more careful about his diet and making time to exercise, as well as keeping stress in check.

“Knowing your family history is important, because then you can be your own advocate,” says Berrier, who has urged other family members to have their heart disease risk evaluated as well.