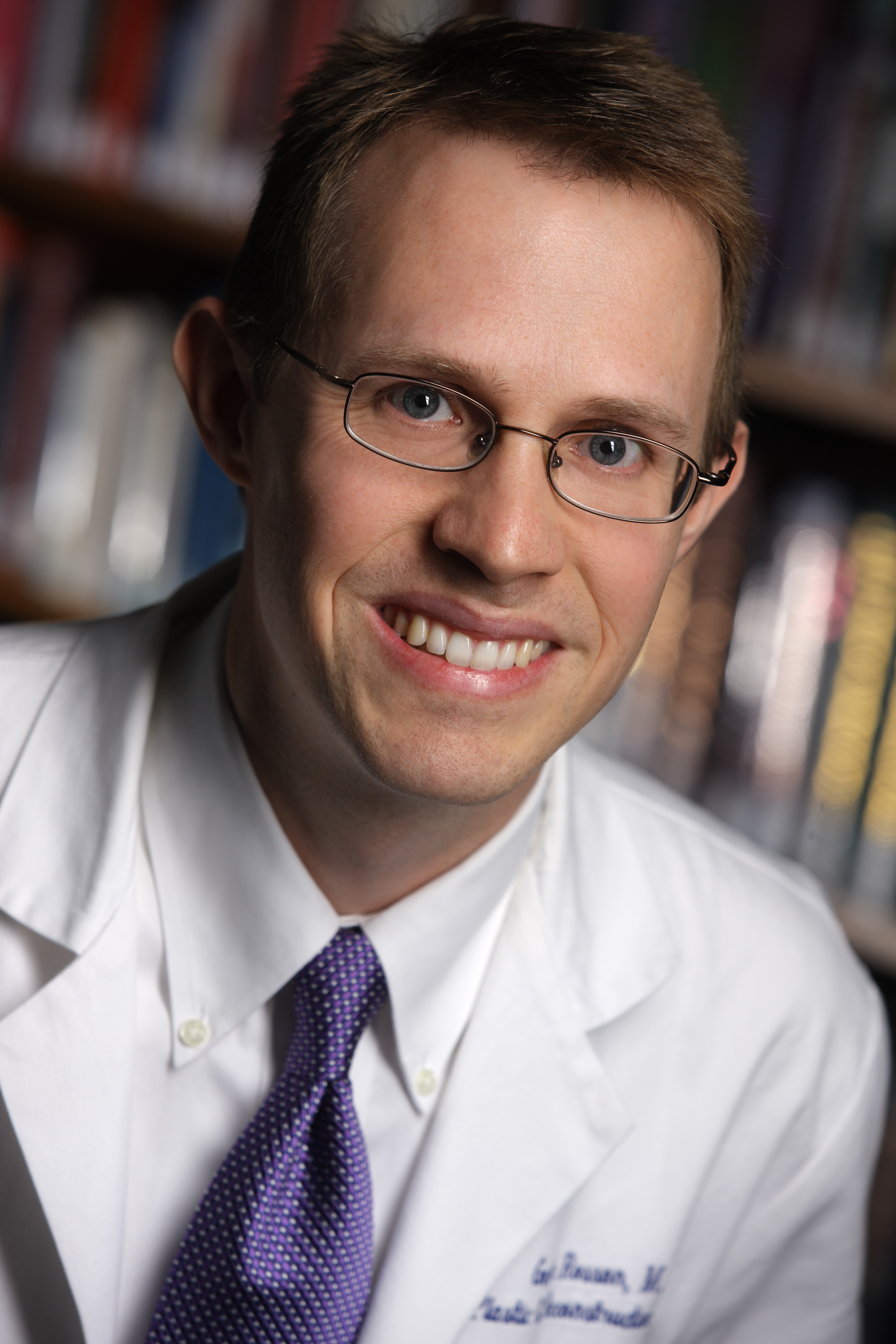 Nipple-sparing surgery is an advanced surgical technique that Rosson advocates in certain situations. For the right candidates, it allows improved quality of life and, potentially, sensation. Some surgeons are uncomfortable performing nipple-sparing surgery; they are concerned that leaving the nipple intact may increase the risk of breast cancer recurrence.

Rosson defends the surgery, pointing out that studies examining the rate of recurrence among patients who have had nipple-sparing surgery show they are at no higher risk for recurrence than patients who have opted to have the entire breast—including the nipple—removed.   Plus, he believes that nipple-sparing surgery may offer patients benefits that other surgeries do not, such as improved physical well-being and quality of life.

“Anecdotally, women who underwent nipple-sparing surgeries report good nipple sensation. The sensation seems to return over a year and a half,” Rosson says. He and his colleagues are planning to conduct a study in the near future that will measure sensation in patients who have had different types of reconstructive breast surgeries.

Although Rosson touts the potential benefits of nipple-sparing surgery, he does not recommend performing it without careful preliminary planning. He emphasizes that, at Johns Hopkins, surgical oncologists work closely with pathologists and use preoperative imaging to determine whether clean margins can be achieved while leaving the nipple intact. This careful evaluation prior to surgery ensures safe long-term outcomes in appropriate candidates.

Rosson was the first surgeon in the United States to implement widely preoperative mapping of the abdominal perforators (blood vessels) using state-of-the-art imaging X-ray technology, the 64-slice multi-detector 3D CT scan angiogram.  This preoperative mapping procedure is used to quickly identify the best blood vessels for use in a sophisticated breast reconstruction surgery called a DIEP (inferior epigastric artery perforator) flap procedure, a technique in which skin and tissue is taken from the abdomen to recreate the breast. Until recently, few surgeons were performing the surgery in the U.S.

Rosson learned about CT angiograms in 2005 at a professional medical conference in Barcelona. Since that time, he has championed its use in the U.S.  At Johns Hopkins, DIEP flap surgery has virtually replaced transverse rectus abdominis myocutaneous, or TRAM flap surgery.  In TRAM flap surgery, the tissue remains attached to its original site and retains its blood supply, and the flap—consisting of the skin, fat, and muscle with its blood supply—is tunneled beneath the skin to the chest, creating a pocket for an implant. The DIEP flap surgery allows patients to retain their abdominal muscles, resulting in faster rates of recovery, lower rates of abdominal bulges and hernias, and lower incidence of chronic pain, explains Rosson.

Using the 64-slice multi-detector 3-D CT scan angiogram to conduct the nuanced pre-operative mapping procedure ensures the best results from the DIEP flap procedure. “We can actually compare patients who had the scan preoperatively versus those who did not. Those who get the scan have faster surgeries, fewer donor site problems and fewer wound healing problems,” Rosson says. “I’m so excited that I was in on this.”