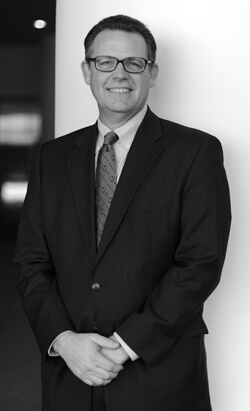 Though he hasn’t seen patients in a clinical capacity since 1994, J. Mario Molina is still putting his medical training to good use. As president and CEO of Molina Healthcare Inc., the former Johns Hopkins resident-turned-businessman still leans heavily on what he learned—perhaps most importantly, he says, his approach to solving problems.

“At Hopkins, I learned how to think,” Molina says. “Knowing how to approach a problem and think about it is useful whether you’re at a patient’s bedside or dealing with a large business. As physicians, we think very clearly about how we arrive at conclusions. How do you know what you know, and what’s the quality of that evidence? It’s the same in business.”

Molina’s transition into the insurance industry is rooted in family ties. His father started the business in 1980, while his son was just embarking on his medical education at the University of Southern California. After finishing his medical residency in 1987, Molina worked for the company on the side. Then, in 1991, his father asked him to join the company as medical director. “I had to make a choice,” Molina says. “And I chose to go with him.”

When his father passed away in 1996, Molina took over. Over time, the company has expanded from California to 14 states with about $6 billion in revenue. And the landscape of medicine has changed, too. Today, just as physicians are feeling the effects of the Supreme Court’s recent decision to uphold the Affordable Care Act, so are those in the insurance industry, like Molina. But, unlike most businessmen, he has the advantage of understanding both sides.

Working on the business end of medicine must give you a different view of the health care law than some of your fellow Osler alumni. How do you see this law affecting the future of medicine?
The first thing that’s going to happen is that the government will play a greater role in paying for health care, and, as a result, the government will have more influence in how that care is delivered. That means it will become more involved in the practice of medicine. It’s going to force organizations to take more financial responsibility for health care.

How so?
Right now, doctors and hospitals are paid to provide a service. In the future, though, they’re going to have to take on a risk. They’ll be given a certain amount of money and be responsible for the patient’s outcome. Quality will become more important and there will be a greater emphasis on safety.

How will hospitals, like Johns Hopkins, and health plans—like your company—work together under the new law?
Well, one of the differences between how insurers see patients and how hospitals see patients is that the health plan sees the whole patient and all the problems that patient has. The health delivery system often sees the patient in parts. For instance, to an endocrinologist, one patient is a person with diabetes, but a nephrologist might look at the same person and see a patient with renal failure.

Health plans have a wealth of information about patients, which, if shared with the delivery system, can improve care. The current system of care tends to be very fragmented and needs to be drawn together and focused on keeping that patient healthy. Some of the most important aspects may be social or financial and take place outside the hospital.

When that’s the case, what does it mean for places like Johns Hopkins?
You’re going to see an increased shift from hospital-based care to community-based care. Organizations like Hopkins will have to be involved in the community. It will be about keeping people healthy and keeping them out of the hospital from the beginning.

That sounds like something Johns Hopkins has been working at for some time, particularly with an increasing shift toward multidisciplinary care. Is that a trend nationwide?
Definitely. More places are trying to bring multiple disciplines together to bear on patient health. Hopkins has done some great work, including with its treatment of sickle cell disease. That’s a great example of keeping health in the community and patients out of the hospital. It’s those kinds of innovative, nontraditional approaches that organizations are going to have to take on. We can’t keep doing things the same way and expect a better result.

On the Wards: Update on Osler Residents