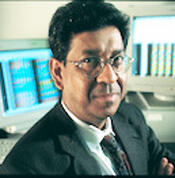 Six Johns Hopkins University researchers have been elected by their peers as Fellows of the American Association for the Advancement of Science (AAAS). Aravinda Chakravarti, Peter J. Espenshade, Alex Leo Kolodkin, Jin Zhang, Margaret Meixner and Daniela Drummond-Barbosa are among 401 new members honored this year for advancing science or its applications. The names of all awardees will be published in the “AAAS News and Notes” section of Science magazine on Nov. 28. The newly elected fellows will each be awarded a certificate and a rosette pin during the AAAS Fellows Forum on Feb. 14 at the 2015 AAAS annual meeting in San Jose, California.

More on the new Fellows:

Aravinda Chakravarti, Ph.D., is a professor in the departments of Medicine, Pediatrics, and Molecular Biology and Genetics and member of the McKusick-Nathans Institute of Genetic Medicine in the Johns Hopkins University School of Medicine, and the Department of Biostatistics in the Johns Hopkins Bloomberg School of Public Health. Chakravarti was elected for his distinguished contributions to human population and statistical genetics leading to improved understanding of common disease, particularly Hirschsprung’s disease. Chakravarti has been a key participant and architect of the Human Genome, HapMap and 1000 Genomes projects. His research is aimed at genome-scale analysis of humans and at computational analysis of gene variation and function to understand the genetic molecular basis of complex human disease.

Peter J. Espenshade, Ph.D., is a professor of cell biology and associate dean for graduate biomedical education in the school of medicine. Espenshade was selected for distinguished research discoveries on the mechanisms and regulation of cholesterol biosynthesis and oxygen sensing. He focuses on understanding how cells measure and control the concentration of cholesterol within the body. The work could ultimately help identify new prevention techniques for heart disease.

Alex Leo Kolodkin, Ph.D., is a professor of neuroscience in the Johns Hopkins University School of Medicine and a Howard Hughes Medical Institute investigator. Kolodkin was honored for groundbreaking discoveries in developmental neurobiology that have revealed the roles of semaphorin proteins in axon guidance and in neural circuit formation. As a postdoctoral fellow, Kolodkin discovered and cloned the first semaphorin gene, revealing a family of proteins that include members that guide neuron growth in the correct direction. His research is currently focused on understanding how neurons connect to each other during development. His team at Johns Hopkins has defined signals involved in muscle-nerve connections in fruit flies, mechanisms that direct synapse formation in mammals and critical connectivity events in the mammalian visual system. Kolodkin and colleagues continue to investigate how guidance cues orchestrate neuronal wiring during development, using fruit flies and mice as model systems.

Jin Zhang, Ph.D., is a professor in the departments of Pharmacology and Molecular Sciences and of Neuroscience in the school of medicine and a professor of oncology in the Johns Hopkins Comprehensive Cancer Center. She was elected for developing molecular and photophysical tools that enable the precise interrogation of molecular signaling networks within living cells. Zhang investigates the logic and language of communication and the signal relay of living cells. Her research is designed to provide a better understanding of the molecular changes that regulate cells’ inner workings, adding time and space dimensions and dynamic information to the current map of signal transduction networks.

Margaret Meixner, Ph.D., is a full astronomer at the Space Telescope Science Institute and a principal research scientist in The Johns Hopkins University’s Henry A. Rowland Department of Physics and Astronomy. Meixner was named for her distinguished leadership in the area of infrared instrumentation for astronomy, both from the ground and from space, and for distinguished service in science team management for the James Webb Space Telescope. Using infrared and millimeter observations, she studies the circumstellar environments of dusty stars in our galaxy and nearby galaxies, such as the Magellanic Clouds.

Daniela Drummond-Barbosa, Ph.D., is an associate professor in the Department of Biochemistry and Molecular Biology at the Johns Hopkins Bloomberg School of Public Health. She was honored for her research exploring how ovarian stem cells and their descendants sense and respond to diet in Drosophila, a highly tractable genetic model system, with a special focus on the role of insulin, steroid hormones and adipose tissue factors in this process.