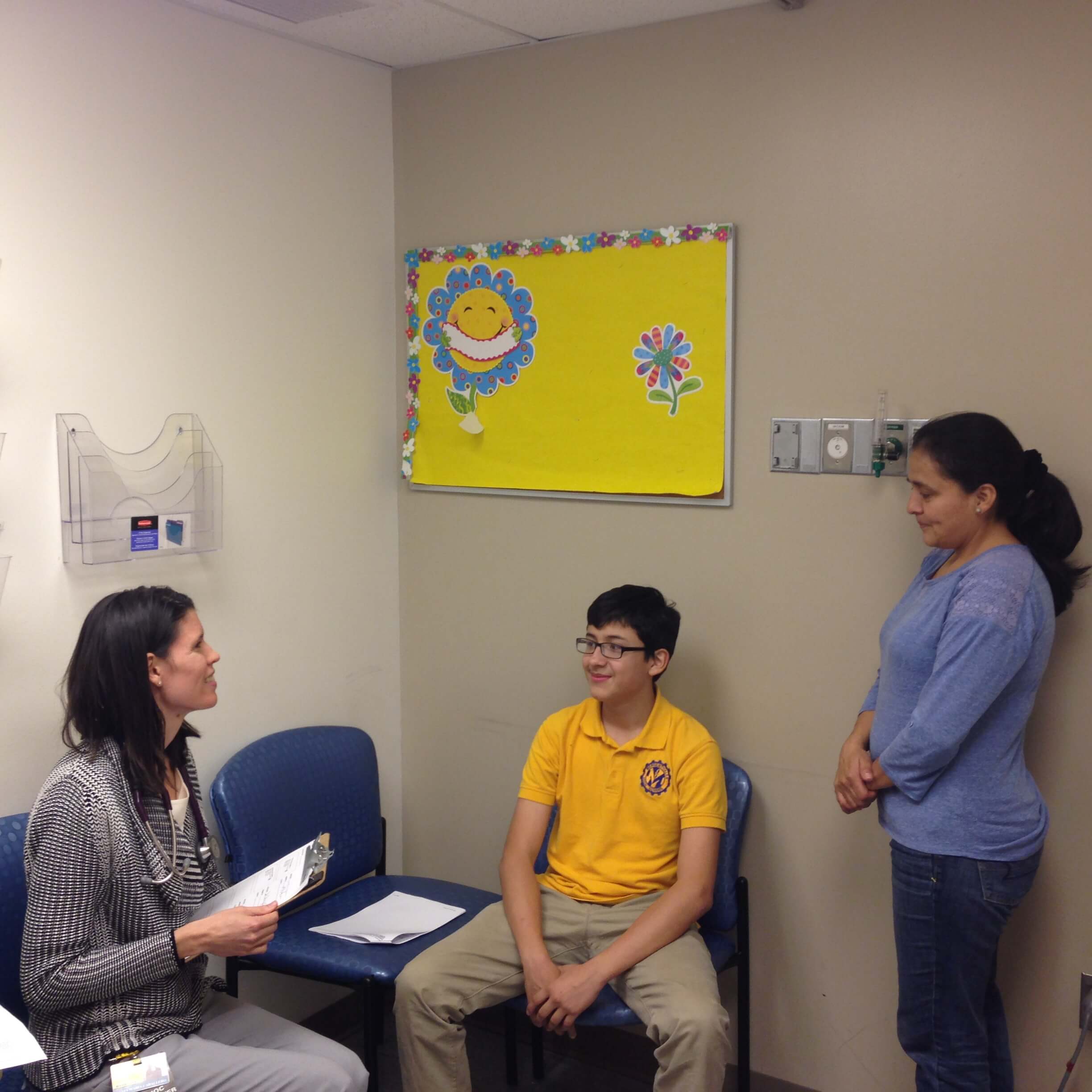 In a bid to improve mental health screening of Latino children from immigrant families, researchers at Johns Hopkins Medicine report they have identified a culturally sensitive set of tools that are freely available to pediatricians, take less than 10 minutes to use, are in easy-to-read Spanish, and assess a wide range of emotional and behavioral problems.

In a summary of their work, published on Nov. 22 in Clinical Pediatrics, the investigators encourage primary care pediatricians who would like to screen patients for mental health symptoms, such as anxiety, depression or aggression, to consider utilizing any of four specific mental health symptom screening tools. These four screening tools are available in Spanish, and one includes pictorial cues. The four are the Pediatric Symptom Checklist (PSC)-17-question version, the PSC-35-question version, the pictorial PSC-35, and the Strengths and Difficulties Questionnaire, which consists of 25 questions.

“The Latino population in this nation will only keep growing, and with that reality, physicians need to be aware of the population-specific barriers to health care. Latinos statistically have a poorer health status compared to whites due to lack of access to health care, fear of going to the doctor if they’re undocumented and an inability to communicate health needs due to language barriers,” says Tania Caballero, M.D., a pediatrics research and clinical fellow at the Johns Hopkins University School of Medicine and the paper’s first author. Caballero says she and her team examined what culturally sensitive and efficient tools for mental health screening currently exist for Spanish-speaking parents with children 5 to 18 years old. “The goals were to increase primary care pediatricians’ capacity to conduct effective mental health screening in Latino families, understand culture-specific barriers to screening and create opportunities to address mental health in the pediatric medical home,” she says.

According to the a study by the Pew Research Center, more than 90 percent of U.S. Latino children, defined as those whose origins can be traced to Spanish-speaking countries in the Caribbean, Mexico, and Central and South America, are born in the U.S., and half of those children have immigrant parents.

To identify ideal mental health screening tools, she says, the research team first combed published scientific literature in English and Spanish for screening tools supported by Bright Futures, an initiative by the American Academy of Pediatrics to support primary care physicians in providing holistic well-child and adolescent care. The team examined all studies published between 2005 and 2015 that explicitly included and reported the results of mental health screening with a Latino or Spanish-speaking sample. Overall, out of total of seven screening instruments they assessed, they identified four that fit their criteria for breaking down barriers to understanding.

"While we are pleased to share some mental health screening tools freely available for immediate use, our literature review made very apparent the limited inclusion of U.S. Latino children in immigrant families in research and the urgent need for further research on this important topic,” says Sarah Polk, M.D., Sc.M., an assistant professor of pediatrics at the Johns Hopkins University School of Medicine and the paper’s senior author.

The meta-analysis showed that limited reading ability in both English and Spanish served as a key barrier in the use of any screening tool. For example, in one study with the PSC-35, nearly all participants requested verbal administration of the screener, even when offered a printed version in Spanish.

The analysis also showed that pictorial approaches, similar to illustrations used in furniture assembly instructions from Ikea, reduced the likelihood of having mental health descriptions get lost in translation due to language differences among Latinos. The researchers found that Spanish translations that offer alternative words or descriptions of mental health symptoms and behaviors may also help.

Caballero says the need for routine mental health screening for Latino children is especially important because mental health symptoms may arise from unique, culturally driven stressors. A child’s assimilation into American culture may clash with traditional expectations at home, there may be daily stress from living with a parent with illegal status, or the journey of cultural self-identity can cause mental health problems. That means, she says, that parents are often more reluctant to report behavioral problems to their doctors or seek treatment.

“It’s important to remember that in younger children, the screener is completed by the parent, not the child. Parents answer these questions about their children, which adds an extra layer of complexity because parents have different definitions of what counts as regular behavior and what constitutes a mental health problem,” notes Caballero.

“At the very least, screening starts the conversation about mental health issues, which is a critical first step.”

Other researchers on this paper include Lisa Ross DeCamp, Rheanna E. Platt, Harita Shah, Sara B. Johnson and Erica M.S. Sibinga of The Johns Hopkins University.

The study was funded by the Health Resources and Services Administration of the U.S. Department of Health and Human Services (HRSA T32HP10004).