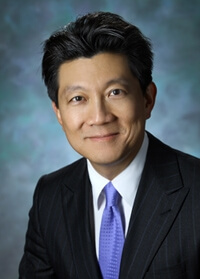 W. P. Andrew Lee, M.D., 54, professor and director of the Department of Plastic and Reconstructive Surgery at the Johns Hopkins University School of Medicine, and a nationally heralded hand transplant surgeon and researcher, was recently elected president of the American Society for Surgery of the Hand (ASSH).

A Johns Hopkins alumnus and ASSH member since 1997, Lee, will serve a one-year term as the society’s 66th president and the first plastic surgeon in 13 years to fill the post. “Being chosen to lead a premier medical organization, especially one with such a rich history, is a great honor and a great responsibility,” Lee said. “I look forward to continuing to work with a group that counts among its membership some of the country's most highly regarded surgeons.”

Established in 1946, ASSH is the oldest medical subspecialty organization in the United States and is the world’s largest devoted to hand surgery, with 3,224 members currently composed of 75 percent orthopedic surgeons, 18 percent plastic surgeons and 6 percent general surgeons. Surgeons are admitted as active members only after completion of a hand surgery fellowship following residency as well as a Certificate of Added Qualification in Hand Surgery from the American Board of Orthopedic Surgery, Plastic Surgery or Surgery.

“We’re very fortunate to have Dr. Lee on our faculty. He has an unwavering commitment to excellence in his field,” says Edward D. Miller, M.D., dean of the medical faculty and CEO of Johns Hopkins Medicine. “This well-deserved appointment reinforces Dr. Lee’s reputation as one of the field’s shining stars. We are proud and delighted that our colleague will be leading the society forward.”

Lee’s research interests focus on “tolerance strategies” that minimize the need for long-term systemic immunosuppression after composite tissue allografts, such as a hand or face transplant. His technique requiring minimal anti-rejection drugs is known as the Pittsburgh Protocol.

Lee led the Pittsburgh surgical team that performed the nation’s first double-hand transplant and the first above-elbow arm transplant. A recipient of ASSH’s prestigious Sumner Koch Award (1995) and Sterling Bunnell Traveling Fellowship (2003), Lee has earned more than 70 awards and honors, including the Kappa Delta Young Investigator Award from the American Academy of Orthopaedic Surgeons in 1991. He has received approximately $8 million of federal funding for his research, authored more than 125 original publications in peer-reviewed journals, and written more than 35 textbook chapters on hand surgery and composite tissue transplant subjects.

Lee received his bachelor’s degree in physics with honors from Harvard College in 1979. After graduating from medical school in 1983 and finishing his general surgery residency at Hopkins in 1989, Lee went on to complete his plastic surgery fellowship at the Massachusetts General Hospital in 1991 and his orthopedic hand fellowship at the Indiana Hand Center in 1993. That same year, he joined the academic faculty in the division of plastic surgery and became chief of hand service in the Department of Surgery, Massachusetts General Hospital, at Harvard Medical School. In 2002, Lee was recruited to the University of Pittsburgh to head its plastic surgery program.

Department of Plastic and Reconstructive Surgery at Johns Hopkins
http://www.hopkinsmedicine.org/plastic_reconstructive_surgery/