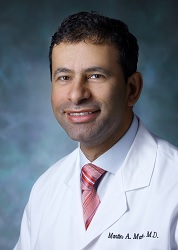 Health experts at Johns Hopkins Medicine are calling on lawmakers and regulators to close loopholes in the Orphan Drug Act they claim give drug companies millions of dollars in unintended and misplaced subsidies and tax breaks and fuel skyrocketing medication costs.

In a commentary published Nov. 19 in the American Journal of Clinical Oncology, the authors argue that pharmaceutical companies are exploiting gaps in the law by claiming  “orphan” status—a designation meant to encourage the development of drugs for rare diseases that affect fewer than 200,000 people in the United States. Yet many of these drugs, the authors say, end up being marketed for other, more common conditions, generating billions in profits.

“The industry has been gaming the system by slicing and dicing indications so that drugs qualify for lucrative orphan status benefits,” says author Martin Makary, M.D., M.P.H., professor of surgery at Johns Hopkins and a prominent health-care quality and safety expert. “As a result, funding support intended for rare disease medicine is diverted to fund the development of blockbuster drugs.”

The 1983 act was designed to encourage drug companies to develop treatments for so-called orphan diseases that would be unprofitable because of the limited market. The authors point out that legislation has accomplished that mission and sparked the development of lifesaving therapies for a constellation of rare disorders, including cystic fibrosis, muscular dystrophies and certain pediatric cancers.

However, the authors say, the law has also invited abuse.

Under the terms of the act, companies can receive federal taxpayer subsidies of up to half a million dollars a year for up to four years per drug, large tax credits and waivers of marketing application fees that can cost more than $2 million. In addition, the Food and Drug Administration (FDA) can grant companies seven years of marketing exclusivity for an orphan drug to ensure they recoup the costs of research and development.

Makary says companies exploit the law by initially listing only a single indication for a drug’s use — one narrow enough to qualify for “orphan” disease benefits. After FDA approval, however, some such drugs are marketed and used off label far more broadly, thus turning large profits.

“This is a financially toxic practice that is also unethical. It’s time to ensure that we also render it illegal,” says study co-author Michael Daniel, a research fellow in the Department of Surgery at Johns Hopkins. “The practice inflates drug prices and the costs are passed on to consumers in the form of higher health insurance premiums.”

For example, the authors say, the drug rituximab, was originally approved to treat follicular B-cell non-Hodgkin’s lymphoma, a disease that affects about 14,000 patients a year. The drug, however, is now also used to treat several other types of cancer, organ rejection following kidney transplantation and autoimmune diseases, including rheumatoid arthritis which affects 1.3 million Americans. Rituximab, marketed under several trade names, is the number-one selling medication approved as an orphan drug, the 12-th all-time drug best seller in the United States and generated $3.7 billion in domestic sales in 2014.

In fact, seven of the top 10 best-selling drugs in the United States for 2014 came on the market with an “orphan” designation, the authors say.

Of the 41 drugs approved by the FDA in 2014, 18 had orphan status designations, the researchers say, forecasting that in 2015, orphan drugs will generate sales totaling $107 billion. That number, they add, is expected to reach $176 billion by 2020. The projection, Makary says, represents a yearly growth rate of nearly 11 percent, or double the growth rate of the overall prescription drug market. The authors also cite data showing that by 2020, orphan drugs are expected to account for 19 percent of global prescription drug sales, up from 6 percent in the year 2000.

Although the reasons for this boom in orphan drugs are likely multifactorial, the authors concede, the exploitation of the orphan drug act is an important catalyst behind this trend, they say.

Because the orphan designation guarantees a seven-year exclusivity deal to market the drug and protects it from generic competition, the price tags for such medications often balloon rapidly. For example, the drug imatinib, for the treatment of chronic myelogenous leukemia was originally priced at $30,000 per year in 2001. By 2012, it cost $92,000 a year. The drug’s original designation was for CML only and would treat 9,000 patients a year in the United States. Subsequently the drug was given six additional orphan designations for various conditions, including gastric cancers and immune disorders.

Makary and team recommend that once a drug exceeds the basic tenets of the act — to treat fewer than 200,000 people — it should no longer receive government support or marketing exclusivity. This can be achieved, the authors say, through pricing negotiations, clauses that reduced marketing exclusivity and leveling of taxes once a medication becomes a blockbuster treatment for conditions not listed in the original FDA approval. Such measures would ensure that the spirit of the original act is followed while continuing to provide critical economic incentives for truly rare diseases, the authors conclude.