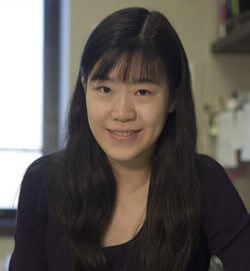 1 2
Jin Zhang, Ph.D., an associate professor of pharmacology at the Johns Hopkins University School of Medicine

September 24, 2009- A Johns Hopkins scientist who proposes to manipulate forces to activate enzymes in live cells, and a second researcher who has developed a way to hunt down tuberculosis germs with real-time imaging have received a total of $4 million in special awards from the National Institutes of Health.

Jin Zhang, Ph.D., an associate professor of pharmacology at the Johns Hopkins University School of Medicine, is one of 18 winners this year of a Director’s Pioneer Award, which confers $2.5 million in direct funding over five years to develop a novel technology for venturing inside cells and manipulating single molecules in their “native” habitat.

Johns Hopkins Children’s Center infectious disease specialist Sanjay Jain, M.D., earned a New Innovator Award, given to scientists in the early stages of their careers, which comes with $1.5 million in direct funding over five years. One of 55 Innovator award recipients this year, Jain has designed an imaging technique to monitor in real time the drug-evading behavior of Mycobacterium tuberculosis in test animals. The ability of the TB bacterium to hide out in the body for decades contributes to the disease’s virulence and persistence in humans.

Jin Zhang’s proposed technology would offer scientists new tools to not only clearly see how molecules act inside living cells but also to manipulate those actions.

“Molecules behave differently in their native environments, where they interact with neighbor molecules to regulate cells, tissues and organs,” she says. “So that is where we need to watch and maneuver them.”

To that end, she wants to make a “probe” with magnetic properties that can be grown inside cells and would allow researchers to apply force and maneuver molecules around within the cells. Zhang says understanding the native behavior of molecules linked to cell movement, growth and maturity are likely to shed light on cellular processes linked to cancer and other diseases.

“Jin's research has already revolutionized our understanding of how cells process information,” says Philip A. Cole, M.D., Ph.D., Marshall-Maren Professor and director of the Department of Pharmacology and Molecular Sciences at Johns Hopkins. “With the NIH Pioneer Award, she has the potential to gain unprecedented precision in activating molecules inside the cell and pave the way for new cures for a range of diseases including cancer, heart disease and immune disorders.”

Sanjay Jain’s monitoring system works by infecting animals with “designer” strains of TB, developed by Johns Hopkins investigators to absorb radioactive tracing chemicals. The chemicals light up the germ and any infected tissues in the lung, allowing an image to be captured by CT, PET and SPECT scanners. The resulting pictures allow scientists to detect the exact location of active bacterial reservoirs. New “designer” strains to be developed as part of the project will help scientists pinpoint dormant bacterial hideouts containing sleeper cells, which do not cause active disease but of which there are 2 billion cases globally. TB kills 1.7 million people worldwide each year, and 9.2 million people develop active disease, according to estimates from the World Health Organization.

If some version of this technique proves safe and effective, it would give doctors a way to get rapid feedback on disease activity and drug response.

“This award is not only a tremendous honor, but it comes at a time when research funding is critically needed yet not that easy to get,” Jain says. “It will help us continue our research.”

An assistant professor of pediatrics since 2006 in the Division of Pediatric Infectious Diseases, he is currently director of the Center for Infection and Inflammation Imaging at Johns Hopkins and a member the Center for TB Research.

This year’s awards, totaling $348 million, make the largest number of Pioneer and New Innovator awards in the programs’ history, the NIH reports. Investigators who received the first Pioneer Awards in 2004 have completed their projects, and details on their progress are available at https://commonfund.nih.gov/pioneer/index.

“The appeal of the Pioneer, New Innovator, and now the T-R01 programs, is that investigators are encouraged to challenge the status quo with innovative ideas, while being given the necessary resources to test them,” says NIH Director Francis S. Collins, M.D., Ph.D. “The fact that we continue to receive such strong proposals for funding through the programs reflects the wealth of creative ideas in science today.”

Related on the Web: