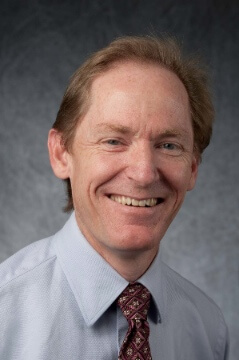 A new drug for patients with acute myeloid leukemia (AML) marked by a specific type of genetic mutation has shown surprising promise in a Phase II clinical trial.  In more than a third of participants, the leukemia was completely cleared from the bone marrow, and as a result, many of these patients were able to undergo potentially curative bone marrow transplants, according to investigators at the Johns Hopkins Kimmel Cancer Center and nine other academic medical centers around the world. Many of the participants who did well with the new drug, quizartinib or AC220, had failed to respond to prior therapies.

“We can put two-thirds to three-quarters of adults with AML into remission with chemotherapy, but there’s a 50 percent chance of the disease coming back, which usually ends up being fatal,” says Mark Levis, M.D., Ph.D., lead investigator on the study and associate professor of oncology and medicine at Johns Hopkins. “Many patients in this trial were able to go on to receive a potentially life-saving bone marrow transplant. It caught us by surprise how well it works,” he adds.

A report on the study is expected to be presented December 9 during a press briefing at the American Society of Hematology’s annual meeting in Atlanta.

For the clinical trial, researchers enrolled 137 AML patients, the majority of whom carried a mutation in a gene called FLT3-ITD within their leukemia cells. The FLT3 gene produces an enzyme that signals bone marrow stem cells to divide and replenish. In about a quarter of patients with AML, the disease mutates FLT3 so that the enzyme stays on permanently, causing rapid growth of leukemia cells and making the condition harder to treat.

“A FLT3-ITD mutation tells us that, typically, patients will need very intensive chemotherapy just to achieve a remission, and then the disease will regrow quickly,” Levis says. “So, we have learned to try to perform a bone marrow transplant soon after we get the patient into remission, before the cancer relapses.”

Quizartinib, which blocks the FLT3 enzyme, and is available in oral form, is so potent that it typically starts working in just two days, Levis says, though it may take up to 60 days to completely eliminate AML cells from the bone marrow.

At Johns Hopkins and nine other centers, the 137 AML recruited patients received quizartinib at a starting dose of 90 mg/day for women and 135 mg/day for men, and were treated continuously during 28-day cycles. Study participants either had relapsed, did not respond to second-line chemotherapy or had relapsed following hematopoietic stem cell transplantation.

Forty-four percent (44) of the 99 participants with a FLT3-ITD mutation experienced some form of complete remission, typically one in which the leukemia was cleared from the bone marrow, but the patient still needed blood and platelet transfusions. Thirty-four percent (13) of the 38 participants in whom the FLT3-ITD mutation was not detectable experienced this type of response.

The most common side effects with quizartinib were nausea (38 percent), anemia (29 percent), QT prolongation (an abnormality found on an EKG; 26 percent), vomiting (26 percent), febrile neutropenia (development of fever in someone with low white blood cell count; 25 percent), diarrhea (20 percent), and fatigue (20 percent). Fourteen patients (10 percent) experienced side effects severe enough to discontinue taking the drug. Investigators have been testing lower doses of the medication since the trial to reduce side effects, Levis says.

Long-term survival from the therapy is still unknown, Levis says, but of the group of 137 patients, 47 (34 percent) were able to receive a transplant after responding to quizartinib. Some of these patients have survived two years after treatment with no disease recurrence.

Based on results, the company that makes the drug, Ambit Biosciences, is planning larger Phase III trials, in which patients who have the FLT3 mutation will receive either quizartinib or chemotherapy after random grouping. Meanwhile, Levis and other physicians are continuing to study the drug in a clinical trial testing lower doses.

Levis is a consultant for Ambit Biosciences Inc., manufacturers of quizartinib (AC220). This relationship has been disclosed and is under the management of the Johns Hopkins University School of Medicine Conflict of Interest Committee.