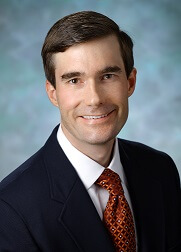 Working with cells taken from children with a very rare but ferocious form of brain cancer, Johns Hopkins Kimmel Cancer Center scientists have identified a genetic pathway that acts as a master regulator of thousands of other genes and may spur cancer cell growth and resistance to anticancer treatment.
Their experiments with cells from patients with atypical teratoid/rhabdoid tumor (AT/RT) also found that selumetinib, an experimental anticancer drug currently in clinical trials for other childhood brain cancers, can disrupt part of the molecular pathway regulated by one of these factors, according to a research team led by Eric Raabe, M.D., Ph.D., an assistant professor of oncology at the Johns Hopkins University School of Medicine.
AT/RT mostly strikes children 6 and younger, and the survival rate is less than 50 percent even with aggressive surgery, radiation and chemotherapy, treatments that can also disrupt thinking, learning and growth. AT/RT accounts for 1 percent of more than 4,500 reported pediatric brain tumors in the United State, but it is more common in very young children, and it represents 10 percent of all brain tumors in infants.
“What’s exciting about this study is that it identifies new ways we can treat AT/RT with experimental drugs already being tested in pediatric patients,” Raabe says. Because few outright genetic mutations — and potential drug targets — have been linked to AT/RT, Raabe and his colleagues turned their attention to genes that could regulate thousands of other genes in AT/RT cancer cells. Experiments in fruit flies had already suggested a gene known as LIN28 could be important in regulating other genes involved in the development of brain tumors. Specifically, the LIN28 protein helps regulate thousands of RNA molecules in normal stem cells, giving them the ability to grow, proliferate and resist damage.
“These factors provide stem cells with characteristics that cancer cells also have, such as resistance to environmental insults. These help tumor cells survive chemotherapy and radiation,” says Raabe. “These proteins also help stem cells move around the body, an advantage cancer cells need to metastasize.”
In a report on one of their studies, published Dec. 26 in the journal Oncotarget, the researchers examined cell lines derived from pediatric AT/RT patients and the tumors themselves. They found that the two members of the LIN28 family of genes were highly expressed in 78 percent of the samples, and that blocking LIN28 expression with specially targeted gene silencers called short hairpin RNAs curbed the tumor cells’ growth and proliferation and triggered cell death. When Raabe and colleagues blocked LIN28A in AT/RT tumor cells transplanted into mice, they were able to more than double the mice’s life span, from 48 to 115 days.
Using selumetinib in cell line experiments, the scientists cut AT/RT tumor cell proliferation in half and quadrupled the rate of cell death in some cell lines. Raabe says the drug appeared to be disrupting a key molecular pathway controlled by LIN28.
In a second study, described in the Journal of Neuropathology and Experimental Neurology, Raabe and his colleagues examined another factor in the LIN28 pathway, called HMGA2, which is also highly expressed in AT/RT tumors. They again used short pieces of RNA to “silence” HMGA2, which led to lower levels of cell growth and proliferation and increased cell death. Blocking HMGA2 also doubled the survival rate of mice implanted with tumors derived from pediatric AT/RT cell lines from 58 to 153 days.
Raabe says his team’s work with LIN28 and HMGA2 should not only lead to understanding why cancers like AT/RT are so aggressive, but “also identify their Achilles’ heels. We have shown that if we target these key proteins downstream of LIN28 in AT/RT, the tumors unravel.”
Other scientists who contributed to the Oncotarget study include Melanie F. Weingart, Marianne Hutt-Cabezas, Harpreet Kaur, Antoinette Price, Rachael Maynard, Jeffrey Rubens, Isabella Taylor, Xing-Gang Mao and Charles G. Eberhart of the Johns Hopkins Kimmel Cancer Center; Jacquelyn J. Roth, Tracy M. Busse and Jaclyn A. Biegel of The Children’s Hospital of Philadelphia; Jingying Xu and Anat Erdreich-Epstein of Children’s Hospital Los Angeles; Yasumichi Kuwahara and Bernard E. Weissman of the University of North Carolina, Chapel Hill; and Sariah J. Allen and Brent A. Orr of St. Jude Children’s Research Hospital.
Kaur, Hutt-Cabezas, Weingart, Xu, Kuwahara, Erdreich-Epstein, Weissman and Eberhart also contributed to the Journal of Neuropathology and Experimental Neurology study.
Funding for the studies was provided by Alex’s Lemonade Stand Foundation, the National Institutes of Health’s National Cancer Institute (P30 CA006973; CA91048), the National Institutes of Health (46274) and the St. Baldrick’s Foundation. Some cell lines used in the study were generated with financial support from Grayson’s Gift and the Michael Hoefflin Foundation.
Return to Top