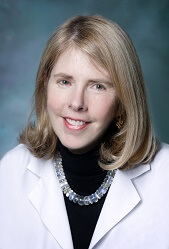 Kay Redfield Jamison, Dalio Family Professor in Mood Disorders, and co-director of the Mood Disorders Center, has been elected to the American Academy of Arts and  Sciences.

Jamison, Ph.D., is among 197 new members who will be inducted into the academy on Oct. 10 in Cambridge, Mass.

One of the nation’s most prestigious honorary societies, the academy, which was founded in 1780, is also a leading center for independent policy research. Members contribute to academy publications and studies of science and technology policy, global security and international affairs, social policy and American institutions, and the humanities, arts and education.

Members of the 2015 class include winners of the Nobel Prize and the Pulitzer Prize; MacArthur and Guggenheim fellowships; and Grammy, Emmy, Oscar and Tony awards.

“We are honored to elect a new class of extraordinary women and men to join our distinguished membership,” said Don Randel, chair of the academy’s board of directors. “Each new member is a leader in his or her field and has made a distinct contribution to the nation and the world. We look forward to engaging them in the intellectual life of this vibrant institution.”

Jamison received a B.A. in psychology (magna cum laude), an M.A. in psychology and a Ph.D. in clinical psychology, all from the University of California, Los Angeles. She joined the faculty at Johns Hopkins in 1987 as an associate professor of psychiatry. She has made extensive contributions to the field, especially to the specialty of mental illness, and is considered a major authority on manic-depressive bipolar depression. She has written numerous articles and books, including the standard medical text on the illness, and has received many national and international scientific honors and awards, including a MacArthur Fellowship and a “Hero of Medicine” award from Time magazine.